7 advantages of iPhone 6 Plus over Samsung Galaxy Note 7

This week at a special event in new York Samsung introduced its new flagship Galaxy Note 7. The device turned out more interesting than its predecessor and has a few exclusive pieces. Enough retinal scanner and waterproof digital pen Galaxy Note 7 in order to convince the iPhone user to switch to an Android flagship? 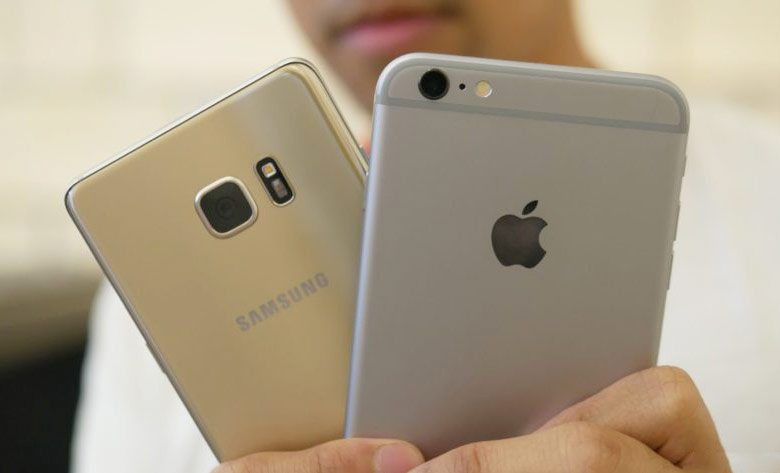 If you obviously know that the Galaxy Note 7 is the best flagship on the market, or Android device superior to the iPhone, then close the page and save your nerves. Fans of Samsung devices, just not worth it to read this comparison, which are considered the strengths of the iPhone 6s in the examples all illustrated by detailed calculations.

the iPhone 6s is the most productive, most secure and most durable flagship on the market. Smartphones of the Galaxy series, despite the protected glass Gorilla glass breaks much easier. Previously, this was confirmed by Amateur crash tests, and later had their say experts from SquareTrade. 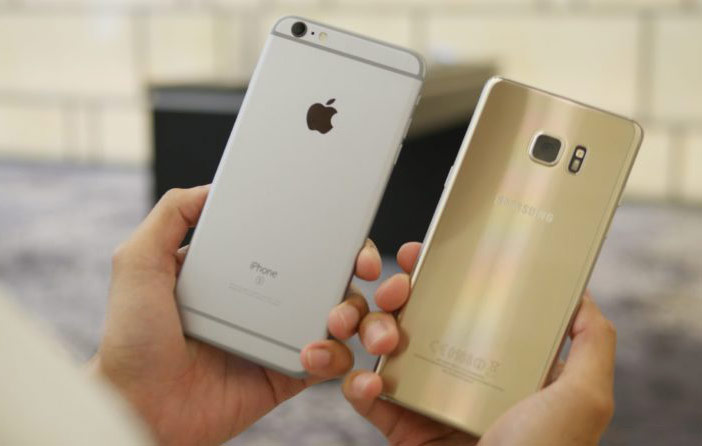 iPhone 6s offers a unique way of interacting with the user interface – the device can distinguish between a touch display. If you push with a force of some app icons, directly on your home screen by this icon will open a menu. 3D Touch is not only “outside” and “inside” applications. For example, a mail client can use it to make a preview of the email (the window with the contents of the letter on top of the rest), and if in the moment when the preview opens, to make swiping up without releasing your finger, we will see the answers. Another useful application of 3D Touch — turning the keyboard into a trackpad.

And Apple and Samsung are striving to equip their high level smartphones most top-end hardware to optimize the software for better performance. It could be assumed that the Galaxy Note 7, was submitted almost six months after the debut of Galaxy S7, will offer more current hardware. However, this did not happen. Korean camera is the same processor Exynos 8 Octa or Snapdragon 820 8890 and the same amount of RAM 4GB. 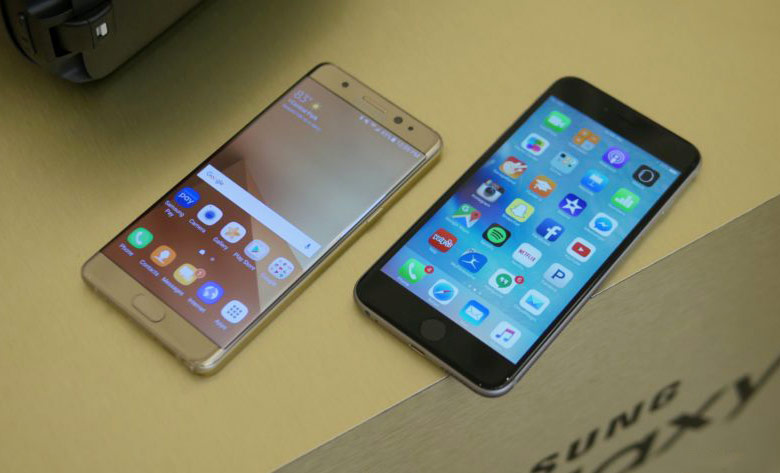 Previously, the authors PhoneBuff twice conducted an experiment on the actual performance of Samsung Galaxy S7 and iPhone 6s. The first few seconds of noticeably, the Apple smartphone at the moment is lagging behind the competitor. However, as soon as it comes to games, he immediately pulled forward. Backlog “Korean” increases sharply with repeated “run” programs. This is despite the fact that Galaxy comes with 4 GB of RAM vs 2 GB on the iPhone 6s. In the end, the Apple device has passed the tests in 1 minute and 54 seconds, a competitor from South Korea fell behind by almost 40 seconds.

Who would not say that, but the software for Android is very far from the quality on iOS. A program almost always looks more attractive and more convenient on the iPhone. It is enough to compare the same applications. If now in the App Store, about 90% of applications made in accordance with the principles of flat design, the store for Android not all support Material Design. 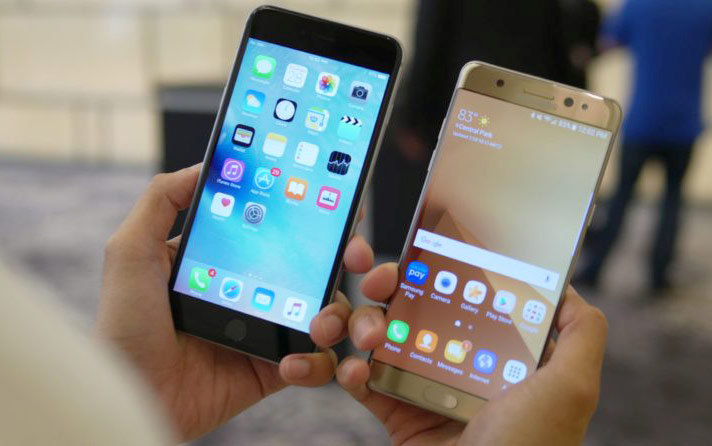 Quality third party software is one of the key advantages of iPhone 6 Plus over the Galaxy Note 7. In addition, the majority of developers first release games and apps on iOS and only after some time on Android.

5. Antivirus is not needed

The operating system Apple is much more secure platform Google to most types of existing attacks. This is due largely to strict censorship of the App Store. Google treats it more freely, so the majority of Android malware is integrated directly into the official app. Analysts predict that the number of active Android malware will grow rapidly. 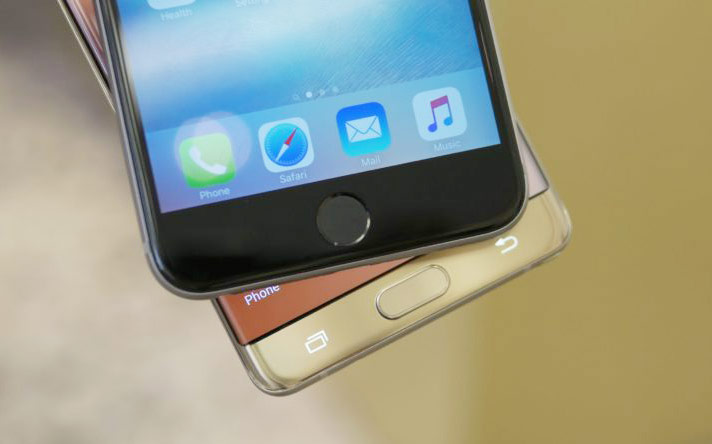 When choosing mobile devices the main are not different technical specifications like battery capacity, camera resolution etc. They are more or less similar on all modern devices. The main thing for the user is a mobile ecosystem. And on iOS it is much more developed. In a recent promotional materials, Apple has introduced its ecosystem in the form of four key products – Apple Watch, MacBook, iPhone and iPad. Here you can still add Apple TV and AirPort routers. 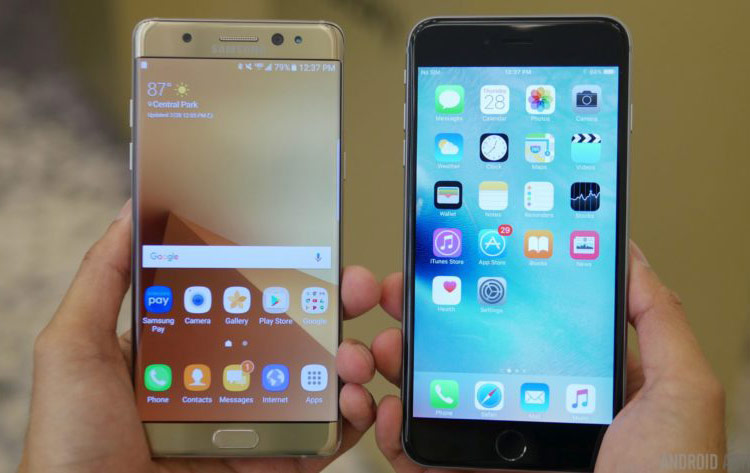 iPhone is ubiquitous, and you will find a huge number of accessories at the most affordable prices covers all tastes, protective film, charging, storage, battery, camera and most other gadgets. With Android the situation is different: device manufacturers many models of each manufacturer enormous number, it is simply impossible for every model to come up with and produce a sufficient amount of accessories. For Galaxy Note 7 accessories less, so owners of the gadgets have to pay for proprietary solutions from the manufacturer. 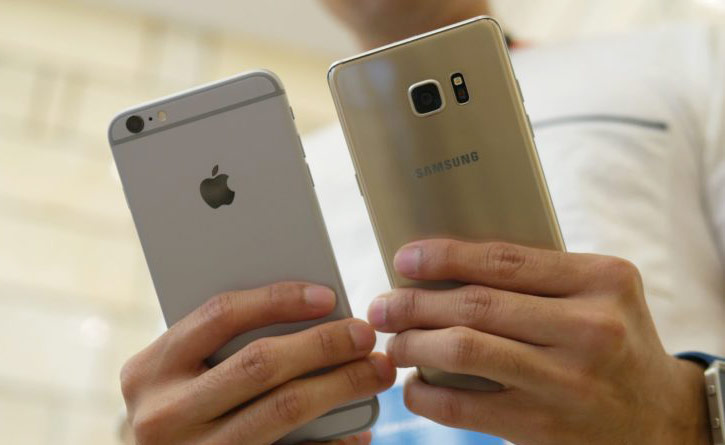