The main feature of Apple is that she tries at all costs to introduce the new and untested ideas and technologies. The company observes and analyzes a competitor’s products, offering ready-made solutions at the right time. 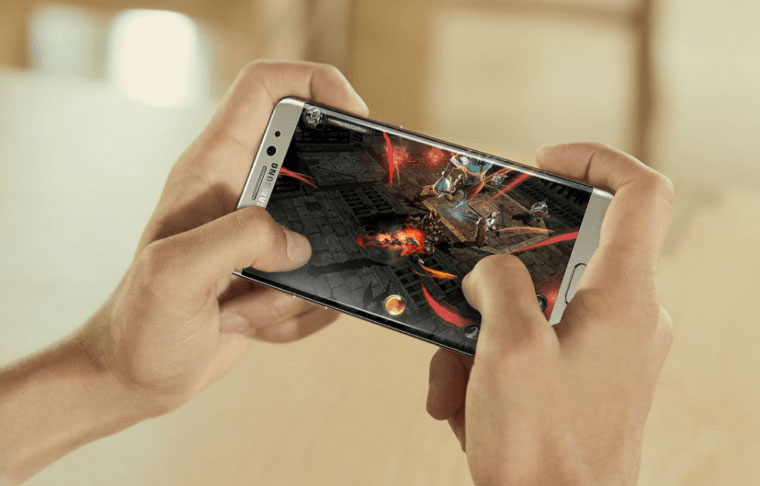 Touch ID is a vivid example. Fingerprint scanners have already appeared in notebooks, and Motorola in 2011, has equipped them with your smartphone Atrix. But first the sensors were inconvenient and unreliable. Apple picked the right moment to implement this technology properly.

In the new flagship Galaxy Note 7 Samsung has offered some good hardware, so why would Apple not to implement this technology in their smartphones and tablets.

iPhone is one of the most expensive gadgets on the market. Warranty program AppleCare+ can ease the financial burden, but regardless of the extent of your accuracy in handling the device, he can get under the spray or to be flooded. The latest iPhone is surprisingly water resistant, but there is a big difference between moisture protection and water resistance. It would be great to see completely protected against dust and moisture the iPhone 7. 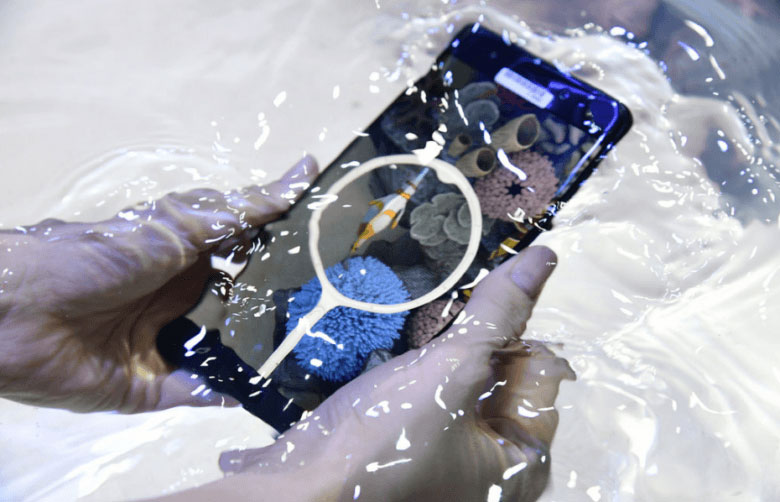 The scanner of the iris is one of the established cliches of the film industry, especially when it comes to spyware and sci-Fi movies. This technology became available in the new Samsung. A key advantage of the retina scan on the biometric scan, fingerprint is the fact that the first several times more reliable and safer. The fingerprints people leave on almost every surface that touches, and therefore a copy of the fingerprint is much easier to get. In this wet and dirty fingers of the device are often difficult to recognize. To obtain a copy of the iris is extremely difficult, and the eye inside never muddy, so the owner to use the authentication in any environment much easier.

Steve jobs was against the stylus when it came to the management interface of mobile devices. However, the digital pen may be convenient for quick notes, sketch, sketching or drawing. The S Pen stylus for Galaxy Note 7 introduces several interesting software features. For example, using the S Pen, you can write to off screen, create a GIF animation from video and make the small items on the screen, even if the site can handle. Moreover, the S Pen recognizes text in 38 languages and can translate it into one of the 71 available.

Android smartphones have long supported the wireless charging function. In the case of the iPhone in order for the gadget can be recharged without wires, it is necessary to use a specialized case.

Apple has repeatedly stated that wireless charging of smartphones is not needed, because users still have to hold the device on a special stand that you want to connect to the power outlet cord. According to rumors, the company is working on better technology. The company’s goal is to eliminate one of the shortcomings of the current implementation of wireless charging — the need for the user station at a small distance from each other.

If you can provide sufficient efficiency of the energy transfer at long distance, it will make use of a wireless charging is much more convenient: for example, the iPhone can hold in their hands, at the same time restoring energy.

In any case, it is quite a promising technology, which should be paid special attention.

If Apple is not yet ready to implement wireless charging, it is definitely worth to pay attention to the speed of charging iPhone and iPad. Have Apple gadgets there is no support for this technology, for which many criticize the company. The only way to charge your iPhone faster is to use the power adapter from the iPad or put the gadget in airplane mode. 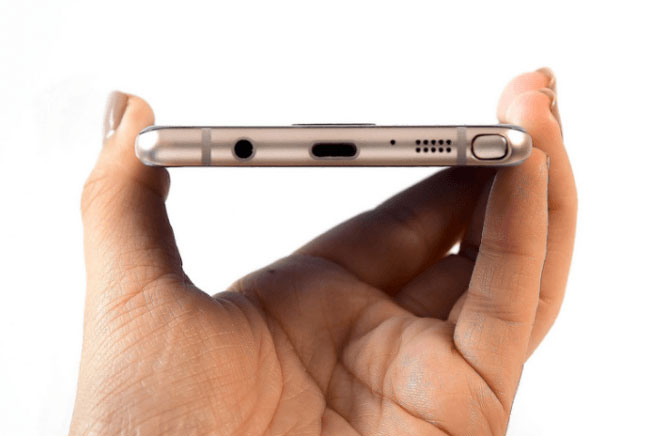 Android manufacturers have long been working in this direction. For example, the Adaptive Charging feature Samsung Galaxy S7 allows you to charge up to 50% in half an hour, but thanks to technology Dash Charge can make up 63% of the charge OnePlus 3 at the same time.

According to rumors, Apple is going to offer iPhone users 7 technology fast charging. But how effective it will be is still unknown.

In the network, the debate continues regarding optimal display resolution for mobile devices. Some manufacturers have decided to stay on Full HD (1920 x 1080 pixels), while others believe Quad HD (2560 x 1440 pixels) is the most appropriate option for smartphones with screens of 5-6 inches. Samsung Galaxy Note 7 is equipped with a 5.7-inch AMOLED screen with a resolution Quad HD.

Previously, the iPhone maker refused to transition to retina displays. According to Apple, higher resolution, compared to what is already used now is not as important as battery life. But perhaps amid the popularity of the VR company will review the decision. Rumored 5.5-inch iPhone 7 Plus can get a display with a resolution of 2560 x 1440 pixels.

The AMOLED display in the Galaxy Note 7, in turn, provide more high color reproduction, wide color gamut and viewing angles and high brightness level. In addition, it is known that OLED displays have low thickness and efficiency – LCD panel even with the record low consumption can’t compare with them on this indicator.

Thin frame around the display

When Apple were designing the iPhone, Steve jobs insisted that nothing distracts the user from the screen. He aspired to a minimum of buttons and switches. Similar goal the company pursued in the development of the Apple Watch. 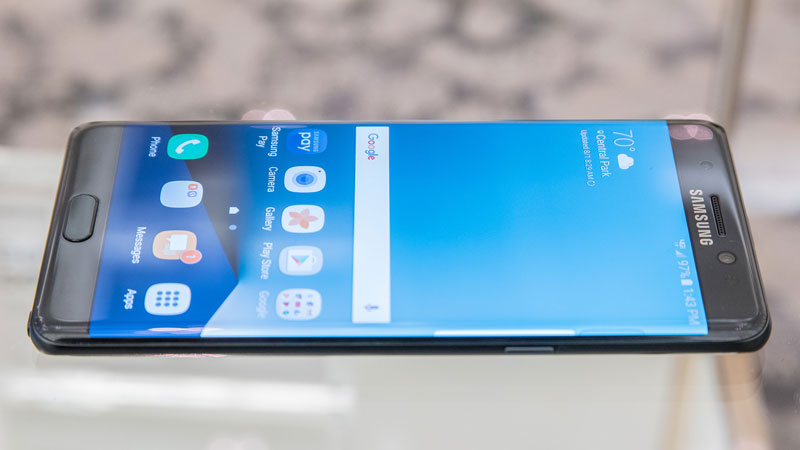 With iPhone 6 the company has carried out an optical illusion. Due to the rounded edges of the frame around the screen looks thinner than it actually is because the human eye perceives only the edge of the black glass and aluminum body ignores. In fact, the thickness of the framework remained about the same as the iPhone 5.

Take a look at the Galaxy Note 7 and compare it with the iPhone 6s – the difference in the thickness part is evident. This is a very tempting option to completely eliminate the frame around the screen, or at least reduce them to more appropriate values.