7 thoughts on biometric sensor in the iPhone 8

Over the last five years, biometrics has moved far beyond science-fiction movies and crime investigation. Since Touch ID in the iPhone 5s, the technology is an important part of our life making it easier and safer. Apple helped to come into use the fingerprint scanners and plans to continue its mission by introducing a 3D camera to scan your face.

Joey Pritikin of Tascent shared a number of thoughts about the read biometric data and the new scanner in the iPhone 8.

We present a translation of the original article, in an effort to preserve the meaning that I wanted to pass it on to the author.

Fingerprint sensor – it’s convenient, but it does have some limitations

The use of a fingerprint scanner in the user device like the iPhone has had a major impact on the industry in General and helped make the reading of biometric data the norm. This is the first Apple managed to make the process not only safe, but comfortable. For most users to touch the scanner easier than having to enter a password. In addition, they are inexpensive and easy to manufacture, but have several disadvantages.

Almost always the sensor works well. If your fingers or the sensor itself gets wet or dirty, then unlock your phone, most likely, will not work. Moreover, the older you are, the worse read the prints with your fingers.

Rumors related to the fact that Apple plans to introduce a new way to unlock the phone, say that a fingerprint scanner will be replaced with the face scanner completely. I think the Samsung approach in this respect is much better, as they offer several options for unlocking the smartphone, including the face scanner.

Hide fingerprint sensor under the display is not so easy

Early rumors about the iPhone 8 says that Apple is considering the option of placement of the fingerprint scanner below the display. In theory this option will allow you to save Touch ID and remove the display frame around the edges, but in practice this idea is very difficult.

Now the iPhone uses a capacitive CMOS sensor, which produces a scanning resolution of 500 ppi. The sensor is activated after touching the metal ring around it.

And then the problems begin: to install a similar ring under the display is quite difficult, as the display is thicker than that. Touch-panel display can also interfere with the operation of the scanner. The fact that Apple placed on top of the scanner, a thin layer of sapphire glass, and got it to work, can already be considered a feat.

The problem is trying to solve. Qualcomm, for example, has developed an ultrasonic fingerprint scanner, which is able to read the drawing through the display, but it is not known how accurate the technology is, how much energy it will require and how costly to the manufacturer.

Unlike the fingerprint scanner, technology like iris scanner eye and face less dependent on external conditions. With proper implementation of new technology can be even easier and faster for the majority of users. If Apple manage to solve the problem with scanning in low light, the percentage of satisfied consumers will be even higher.

Apple will have to solve two serious problems associated with the operation of the scanner.

Darkness. With Touch ID, the phone can be unlocked regardless of the room light or dark. Camera, on the other hand, when lighting is poor, can not cope with its task (even though the progress in this area). You can use the flash or the backlight of the display to create optimal conditions, but this only complicates the process and degrades the user experience. According to rumors, Apple is using infrared sensor which should solve the issue.

Bright sunlight. The bright sun, as well as darkness, can interfere with the operation of the camera. Especially if the sun is behind the user. Apple needs to resolve the issue with the lighting, if you want to teach people to use the scanner face on a regular basis.

As soon as Apple finished with the technical part, it will have to figure out how to make work with the scanner as comfortable and beautiful. To show the user his face during the scan is not the best option, and not the Apple style. The most successful variant will be nothing to show the user. As in the case of Touch ID, it doesn’t show that scans, but nevertheless the process of scanning is obvious. If Apple has paid enough attention to in the fall, we will see technology as convenient and familiar as Touch ID.

The main thing is the speed. No matter what type of scanner used by the company, it needs to work fast. You take out your iPhone, it recognizes you and razblokirovat before you realized it – perfect. This will allow the smartphone owner to concentrate on work with him, and not on the technologies that are involved in it. 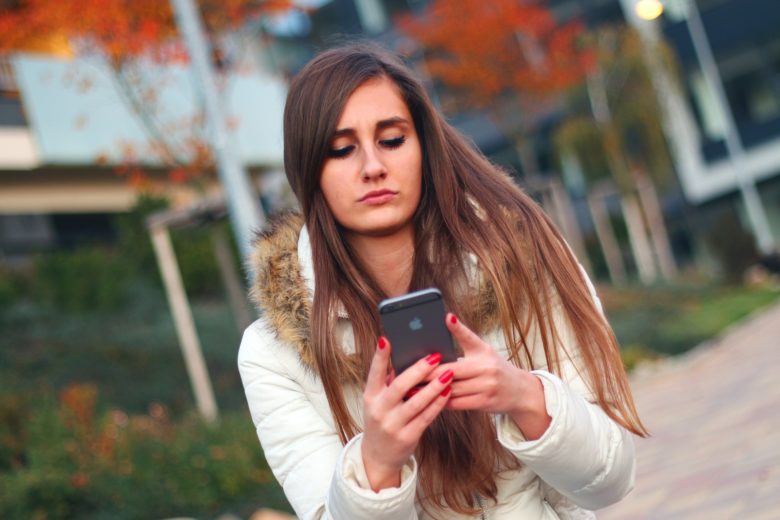 When working with biometric data, it is important to prevent the possibility of their counterfeiting. Sensor, whatever it was, must be able to distinguish false information from true. Face scanning in early versions of Android, for example, allows you to cheat the sensor is just exposing the picture of the smartphone owner.

In the case of Apple we can expect a more advanced mechanism that will be able to read the facial shape, motion and illumination change in real time. This will help to protect your data from intruders in the first place.

When working with Touch ID, the mathematical image of your fingerprint is stored in a special protected area of the CPU, making it impossible for him to theft. Will the same thing work in the case of our faces? Wouldn’t the biometric data be used to improve the technology? As the phone will distinguish between different types of information and to store the biometric data? In the end, will it be possible to steal it? Knowing Apple, it’s safe to say that they paid enough attention to security, and I will talk about this at the presentation of the iPhone 8.

Most of the technologies that Apple used when creating the sensor, a normal user will not even pay attention. He’ll just be able to unlock the smartphone by looking at it. And that means that Apple did the right thing.