9 reasons why users are updated on the iPhone 7

Analysts at Bank of America conducted a study about the reasons why users are updated on the iPhone 7. It is noteworthy that the capability of the camera “Apple” novelties were popular only in third place . 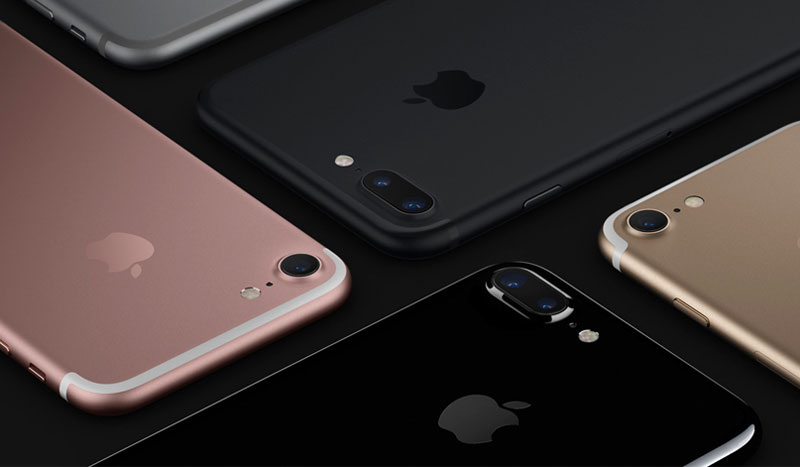 On the third place in popularity – the quality score of 54%. This is followed by performance of CPU and RAM. For these features of “sevens” was expressed by 52% and 49% respectively.

47% of respondents said that they switched to the iPhone 7 and iPhone 7 Plus programme updates. Dual camera appreciated 37% of respondents. 23% and 15% liked the design and new color variants of the smartphone, respectively. 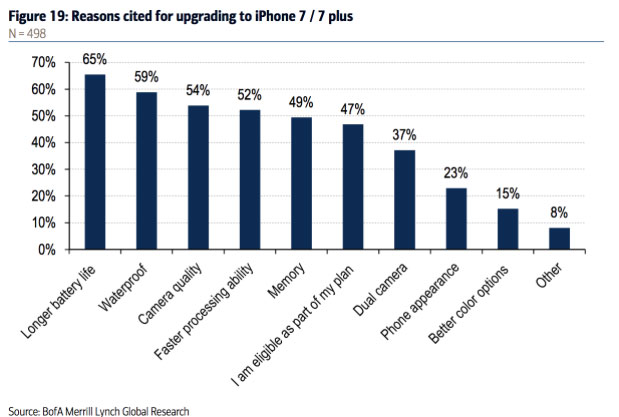 The iPhone 7 and iPhone 7 Plus was launched on September 16. According to analysts Slice Intelligence, a 5.5-inch model for the first time surpassed sales of the 4.7-inch version. So, in the first 48 hours of sales in the US share of iPhone 7 Plus 55%. Earlier, the zoomed in version of “Apple” products have lost standard.

In addition, very popular model in black. Slice Intelligence experts presented the statistics of the distribution of colors iPhone 7 and 7 Plus in the total mass of sale: matte black – 46%, gloss of 23%, rose gold – 15%, gold 9%, silver 8%.