In addition to the recent update the news feed Facebook has announced new features for mobile devices, which will complement the function of “this day”. Blog social networks, a new feature described as “an even easier way to immerse yourself in memories.” 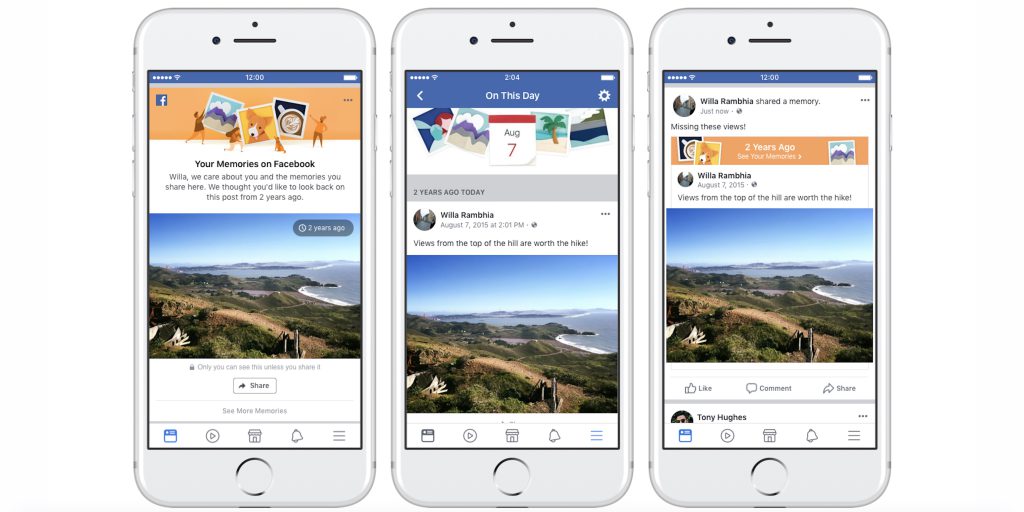 “This day” is an analogue of the program Timehop showing the events that happened on this day but a year earlier. Now, users will see “memories” from the past directly in the news feed. They will be sorted by groups depending on the month and time of year. For example, you will see “memories of last January” or “summer memories”.

We launched a number of new features to make it easier to view events from the past and share them with friends. Related events will be grouped into separate groups and form a whole story. “Memories” will appear directly in the feed and they can share.

Facebook also has developed a filter that will hide events from the past that can cause negative emotions.

We know that some “memories” can carry negative, and you probably would like to avoid them. For this reason, we spent a lot of time to create a filter that will select only those photo events that will be relevant and will give you maximum of positive emotions.

There will also be a card with important events that have occurred within the social network. For example, like the thousandth or hundredth one.

Facebook is gradually rolling out new features so they can appear in your feed at once.