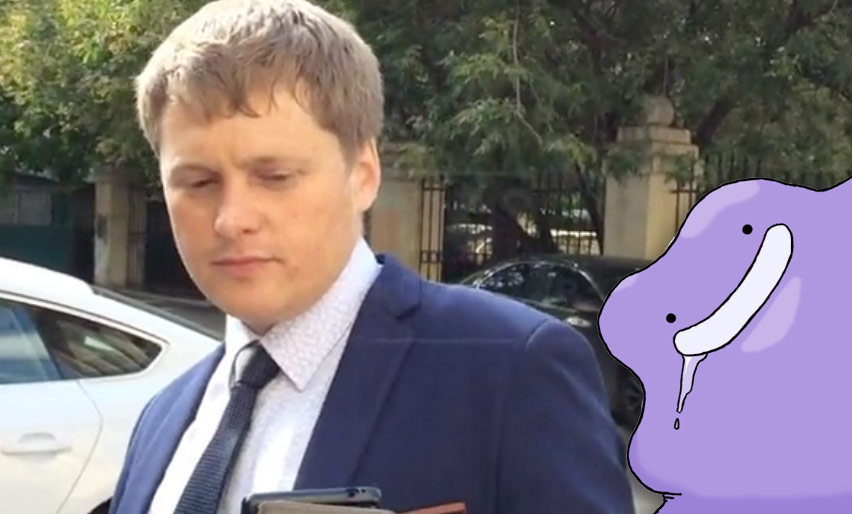 As reported by 360tv, Makarov turned in Kutuzovsky registry office in the city with a request to register his marriage with the pokémon ditto.

“I love the pokemon ditto. To catch it is almost unreal. This is the rare pokemons that there is. It is able to pokemonbattle. And since I spent a huge amount of effort trying to catch her and could not, [then] I decided to marry her in the hope that she will come into my life and we will be able to spawn a large number of pokemon. She is rare, she is the most beautiful, she’s as fat as I am. We along with it — just the perfect couple,” – said Makarov.

According to him, he already tried to register their marriage with the pokemon before, but was refused.

“She’s very sensitive, very vulnerable. It is impossible to catch up to the moment she will come to you. I realized that in order for the baby to lure – I have to really offer his hand and heart to treat her with all the sincerity that only I have. I look forward to her return. If after that, she will not pay me his attention — I don’t know [then] what to do,” says the Muscovite.

Makarov outraged by the attitude of fishers to pokemon. He was sure that most of them are not worthy to catch ditto.

“All the other stupidly trying to catch them, and exploit them as you want. I [therefore] want to be the first man in the world, which shows his sincerity towards his beloved pokemons. Nobody got caught and nobody get caught with that attitude. Here you would have been nice [if] a man will approach you on the street, shoved you in a box and say, “Now you’re going to live with me here, I got you”. Of course not. They [the pokemon] have feelings too. Their [feelings] have to consider,” concluded Makarov.