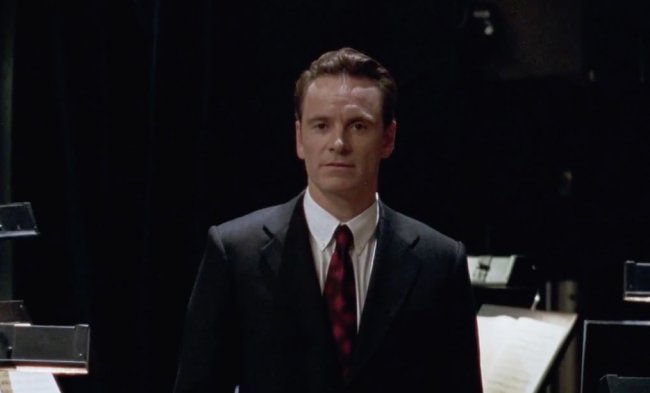 We have already told you that the widow of Steve jobs and Tim cook in a negative way spoke on the biopic “Steve jobs”. However, according to Aaron Sorkin, screenwriter of the picture, the film is sure they will like if they only agree to watch it.

The current CEO of the company Apple accused the filmmakers in pursuit of profit. In his opinion, to earn the name of the deceased is just low and unacceptable. Lauren Powell, in turn, also found the film disgusting. The whole blame was the book by Walter Isaacson, in which her husband is pictured as a tyrant and a despot. But just yesterday, Aaron Sorkin made a very bold statement:

“Mrs. jobs, Tim cook and bill Campbell allows herself to such harsh words in our address only because haven’t seen the movie and didn’t even read the script. I assume if they do see it, you’ll be pleasantly surprised. I’m sure”.

In interviews, Sorkin said that the film “Steve jobs” is not a biopic in the traditional sense. The creators have divided the film into three acts, each of which goes on behind the scenes before a major presentations in Apple’s history. It is in these scenes, the writer took the liberty to add to the chronology the share of fiction. The audience will be invited to look at how the theory could develop.

Seth Rogen, who plays Steve Wozniak, even noticed that the structure of the film is so cinematic that nearly eliminates the documentary nature of the painting. But, in his opinion, the result wasn’t damaged. In cinemas the film will premiere on 1 January 2016.