After all, MacBook is better? Lenovo ridiculed the laptop in the 900S is Yoga [video]

12-inch MacBook have time to criticize and for a high price, and the lack of standard interface connectors, and the lack of performance. The Chinese Lenovo has decided to make fun of the laptop, comparing it with its ultrabook-transformer Yoga 900S. 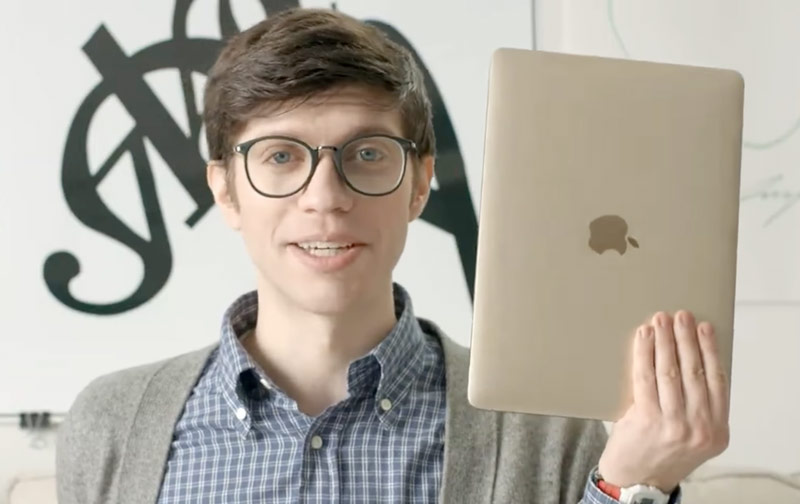 Lenovo is positioning the gadget as the slimmest device in the world in its class with a unique swivel design. The plot of the video, a fan of Apple talks about why MacBook is better. He takes up Yoga 900S and was surprised to discover that the product of Lenovo can be deployed to 360 degrees, turning it into a tablet computer. He’s got a touch screen and a few connectors, while the MacBook owner have to get along with one USB-C.

“Makovod” suddenly remembers that brand MacBook Retina display. But it turns out that the transformer Lenovo display with a resolution of 2560 x 1440 vs 2304 x 1440 the laptop. At the end of their suffering with the choice, the hero of the video trying to break Yoga 900S, assuring herself that the device will not sustain and will break at any second.

It is worth noting that Yoga 900S is not the first time inspired by MacBook. Earlier users have noticed that advertising image of ultrabook-transformer Lenovo-style advertising MacBook. It Apple used to promote 12 inch laptop last year. The picture is still available on the official Apple website in the section “Compare laptops Mac. Yoga 900S offered in three colors: orange, silver and gold. In Russia the minimum set of transformer will cost 80 000 rubles. For comparison, the 12-inch MacBook in Russia is from 107 000.