Album of Drake “Views” was the first in the history of Apple Music, who listened to more than 1 billion times

Album of Drake “Views”, which debuted in April of this year, became the most listens on the streaming service Apple. Record the first ever music service “Apple” of the company exceeded a billion auditions. 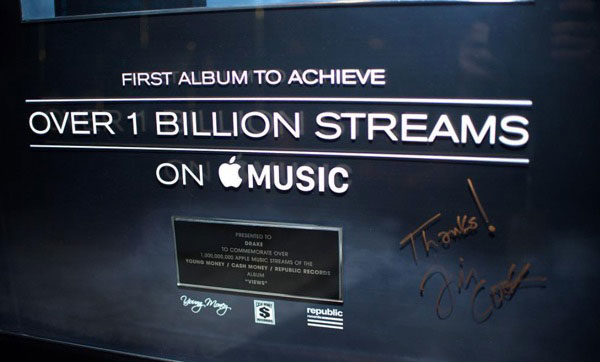 Despite the fact that the new album of Drake critics have taken ambiguous, listeners still continue to vote for her dollar. As a result, 13 weeks in first place in the Billboard 200. This allowed the “Views” faster than all other rap releases of the year to reach platinum, and now it is only to multiplication of numbers of sales.

“Views” is the fourth Studio album by a canadian artist. The rapper generously poured music tracks. In total, the disc consists of 20 tracks that become the new “business card” of the artist, including last year’s hit “Bling Hotline” and duets with Rihanna (Rihanna), Future, and Popcaan. 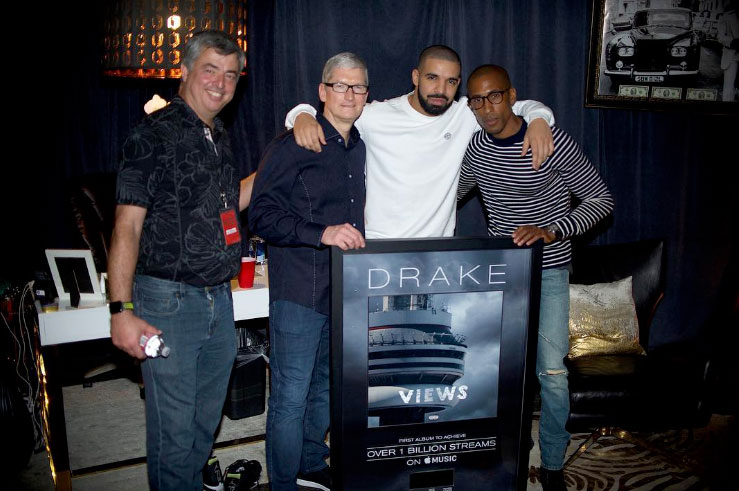 The Apple Music service, which Drake signed an exclusive contract, said that “Views” was the first in the history of the platform album to reach the mark of one billion auditions. This figure is equivalent to 650,000 copies sold, according to the new rules of the American recording industry Association of America (RIAA).

According to Drake, he tried to create life the album, the sound for your city. “There are a lot of songs. You will have music from Drake for the summer and for the whole year. And indeed for life”, – said the musician.

Drake — a popular canadian rapper and singer. In the ranking of the highest paid rappers of 2015, compiled by Forbes, he ranked third. In 2015, Drake twice, 7 March and 17 October, repeated the record of The Beatles: 14 songs simultaneously present in the hot hundred American hit parade Billboard.