Billionaire Alisher Usmanov announced a competition: it will be every week to give for the iPhone 7 Plus, the authors of the parodies of his video message to the opposition leader Alexei Navalny. The first winner has been selected — it was the author of the video on the grounds of the second appeal. Also the billionaire said the authors of the stickers in Telegram. 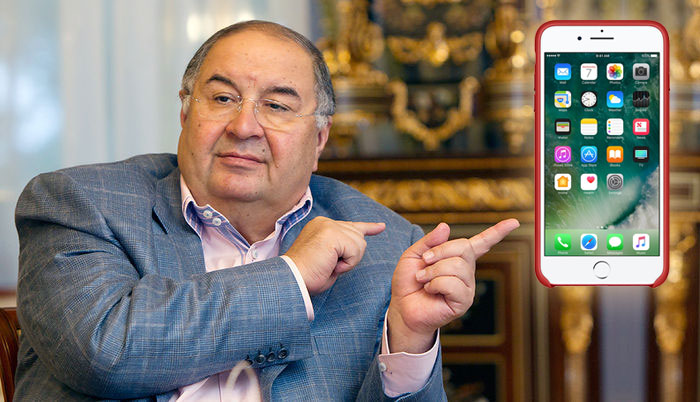 Usmanov has promised to reward for “creativity” based on his video message to the politician Alexey Navalny. The post businessman posted on his page in the “Contact”.

Winners businessman will choose once a week on their taste and reward “copy of the device withdrew its first video iPhone 7 Plus – the t-shirt with a meme and his autograph.

“The people who belong to these creations will be awarded prizes. For the competition we have opened a specially crafted page in social network Vkontakte https://vk.com/usmanov_challenge . All the work, all questions regarding the contest can be sent via private messages on this page”, – stated in the message Usmanov.

The billionaire said, flattered that his appeal had attracted much attention, and he is “genuinely interested” in the development of free communication and creativity in the network.

“I am confident that it works, even as sharp and unpleasant, should not turn into an outright lie”, — said Usmanov, noting that appreciates jokes and humor and I’m glad that sparked your videos the appearance of stickers, cartoons, parodies, videos and memes.

This week the winner was the author of the video created based on the “debate” between Usmanov and Bulk. Video consists of “cuts” of movies opponents and complemented scenes from the film “heart of a Dog”, the protagonist is Alex Polygraphovich Sharikov — Usmanov and compared Bulk.