A Florida man named Thomas Ross addressed the court with a claim accusing Apple of copying its ideas into iPhone, iPad and iPod touch. To document he made the sketch from 1992 featuring ‘ electronic reading devices Electronic Reading Device, ERD). The plaintiff claims that he patented the gadget in the 15 years before the release of the first iPhone. 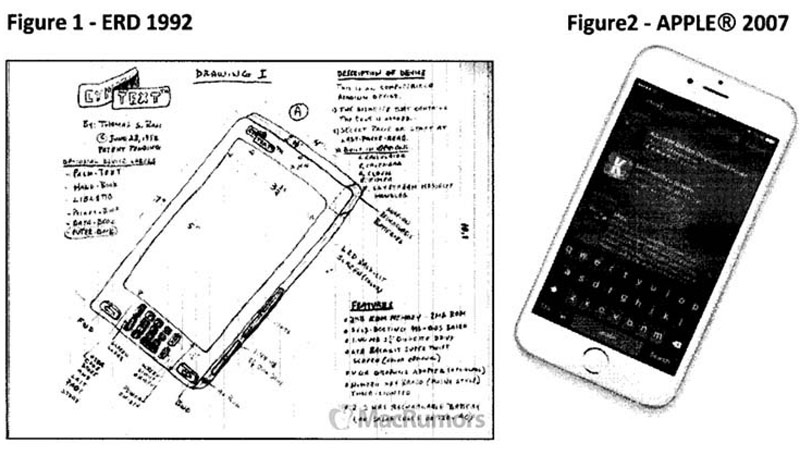 From 23 may to 10 September 1992, Ross has created three technical drawing of the electronic device in the form of a “rectangle with rounded corners”. The lawsuit stated that prior to 1992, the market was not a single device with a similar design and functionality.

“Device Ross suggested the possibility to read short stories, novels, news articles, and view pictures, videos and even movies on a flat touch screen with backlight. According to his idea, the device could include communication functions, in particular the cellular module and modem, exchange data, and also allow the owner to take notes and store materials for writing and reading of internal and external storage. He also pointed out that the gadget could have its own battery or solar panel”, – stated in the claim petition.

In November 1992, Ross filed a patent application in the patent Office and trade marks of the USA. However, in 1995, she was dismissed after he failed to make required payments. In 1994, Ross has registered the copyright in a technical drawing of a Bureau of copyright of the United States. 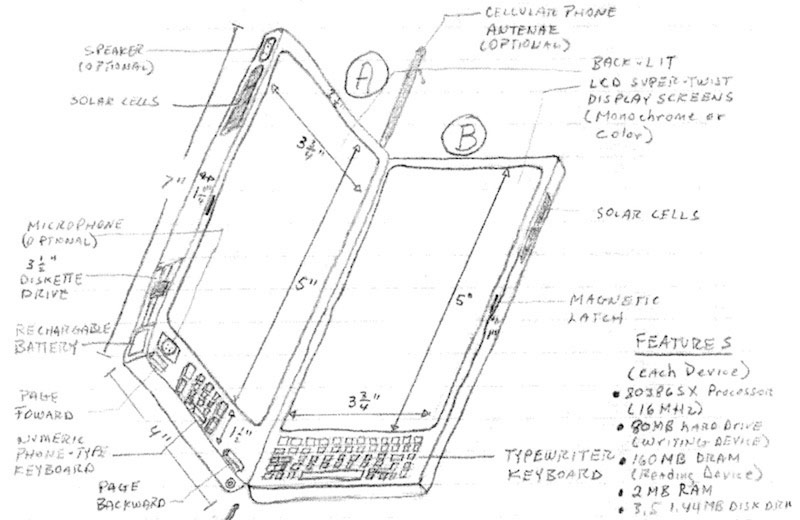 The statement said that the plaintiff has suffered “immense irreparable damage which cannot be compensated by any money. However, he demanded a jury trial and expects to receive compensation of $10 billion, and royalties equal to 1.5% of global sales of devices that violate its copyrights.