iPhone was subjected to various tests: crushed in a blender, dropped from heights, boiled in soda, flattened by a press. As the number of views of the relevant YouTube videos, people like creative destruction of Apple technology. This time the author of the channel EverythinApplePro decided to check how much safety glasses can protect your iPhone from bullets. 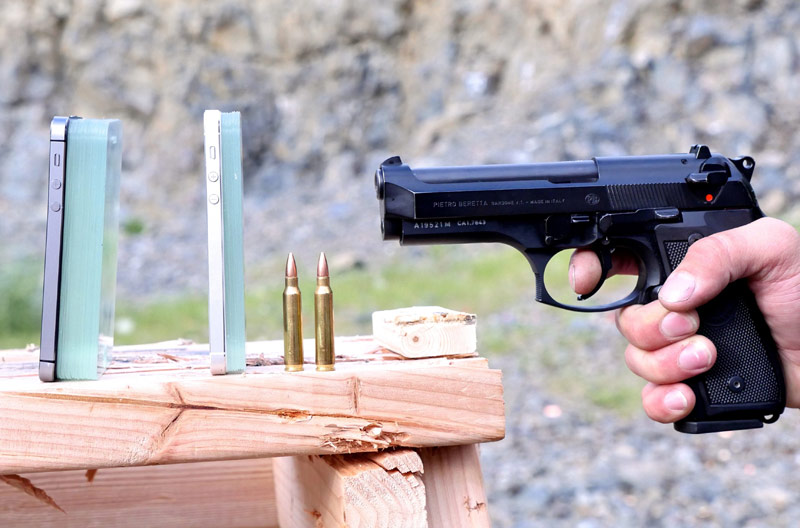 Previously run repeatedly shot a variety of smartphones with different weapons, but now decided to concentrate on accessories for iPhone.

For the experiment we used a semi-automatic rifle AR-15 and three layers of protective glass of 20, 40 and 60 pieces. 20 glass, of course, could not stop the bullet, it passed through the iPhone. Layer of the 40 films is also not saved the smartphone from a shot from a AR-15 smartphone just broke apart.

In the third case, iPhone screen stuck as many as 60 safety glasses. However, this experiment failed: protective accessories are unable to make the device bulletproof. It is noteworthy that the result was even worse than the previous two times.

Previously, the company ClearPlex, which produces screen protectors for iPhone and iPad have proven the effectiveness of their product in a similar way. She put the glass on the smartphone and the screen shot from a revolver Public Defender. 45. The video demonstrated how protected iPhone survived a direct hit by a bullet. After the experiment EverythinApplePro had serious doubts as to the authenticity of the video ClearPlex.