Analysis of the iPad Pro from iFixit in Russian 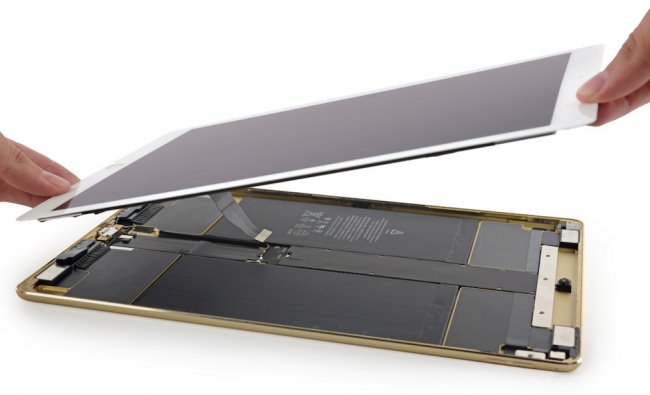 No sooner had the brand new iPad Pro to go on sale, as our colleagues from iFixit has managed to disassemble it and thoroughly document this process. So, what is inside professional tablet from Apple? 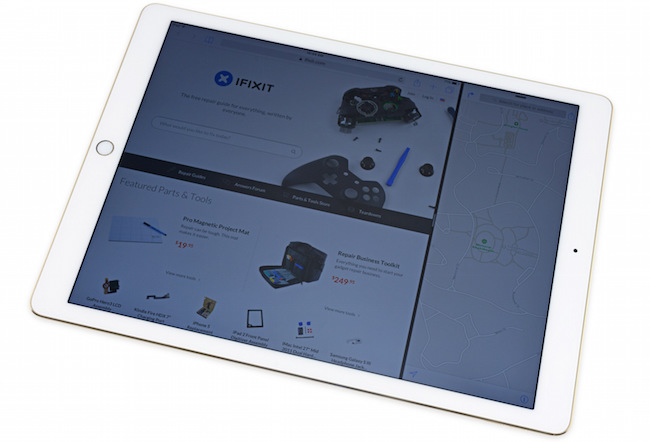 Clearing the display of the tablet, experts found that its motherboard is located in the middle of the device, and the cables of the display and is announced directly in the center. 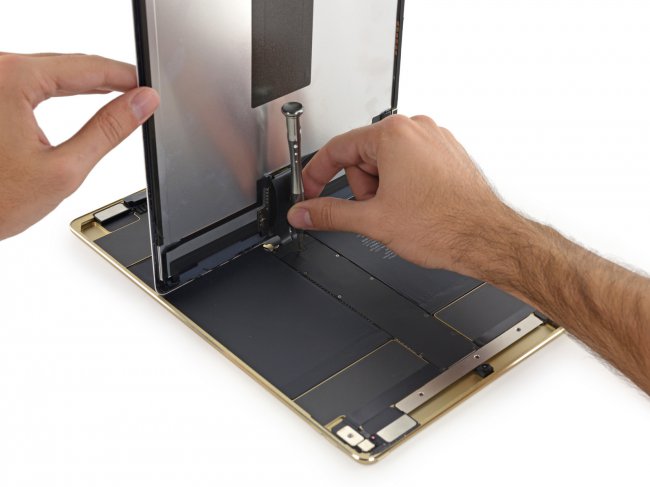 On the rear side of the display were detected chips: Broadcom BCM15900B0, the controller of the Touch ID sensor 8416A1 production at NXP Semiconductors, controller timings of display and Parade Technologies DP695 chip Texas Instruments TPS65144. 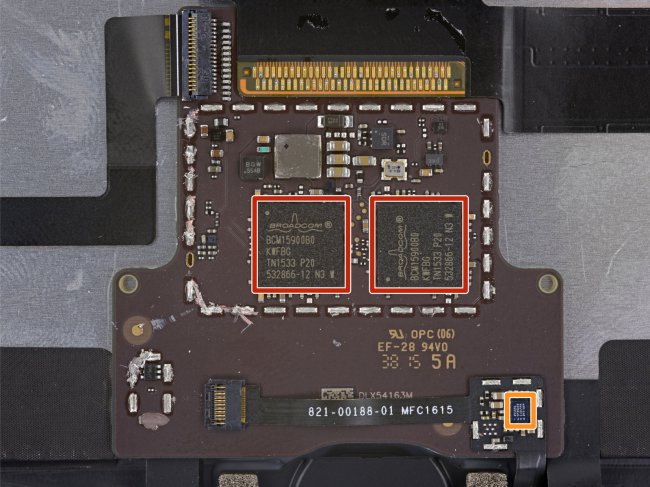 Much of this device is positioned as a larger and more functional, but if we talk about camera, they, it seems, has not changed. 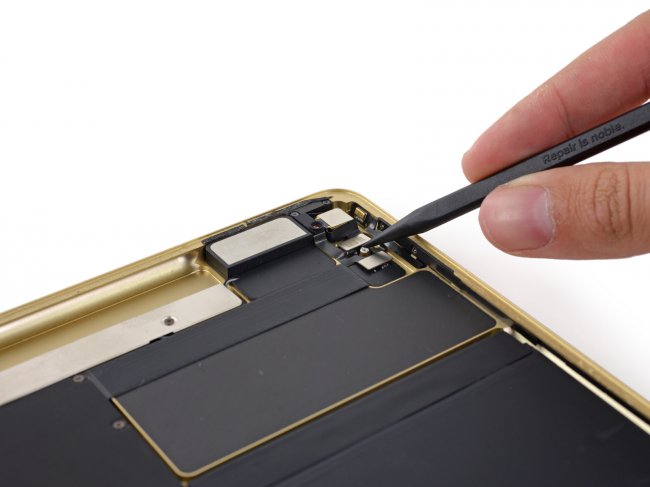 For the first time in the history of the iPad must be removed from the motherboard shield plate before you remove the Board itself. This plate not only protects the card from electromagnetic radiation, but also serves as an element mounting Board to the rear side of the housing. 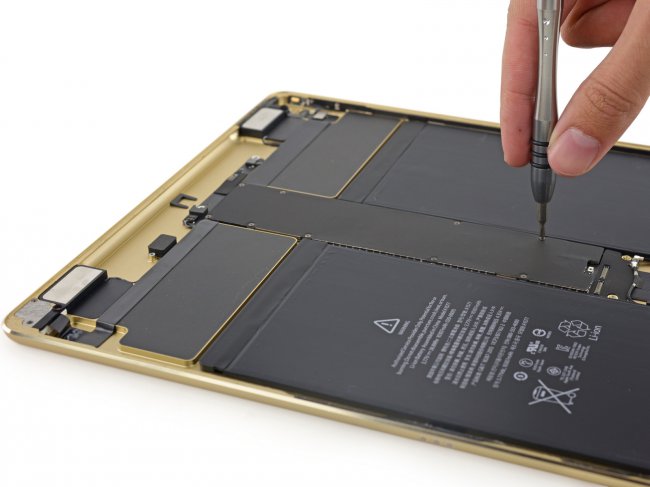 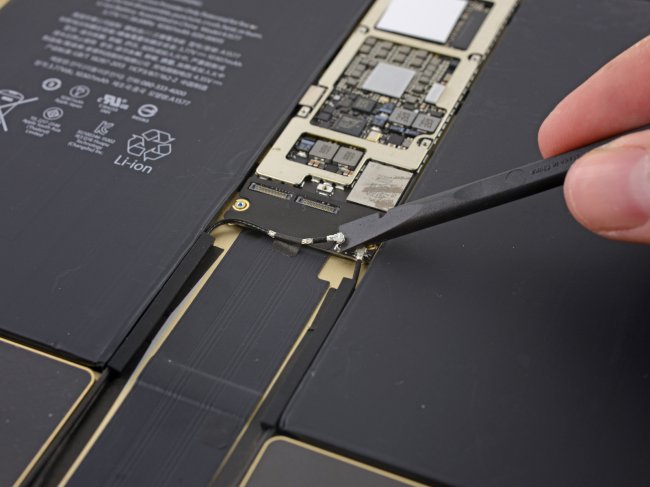 Another feature, which first appeared in the iPad, it’s the special “tabs” to remove the battery. The first device, on which there were such “reeds” was the iPhone 5s. 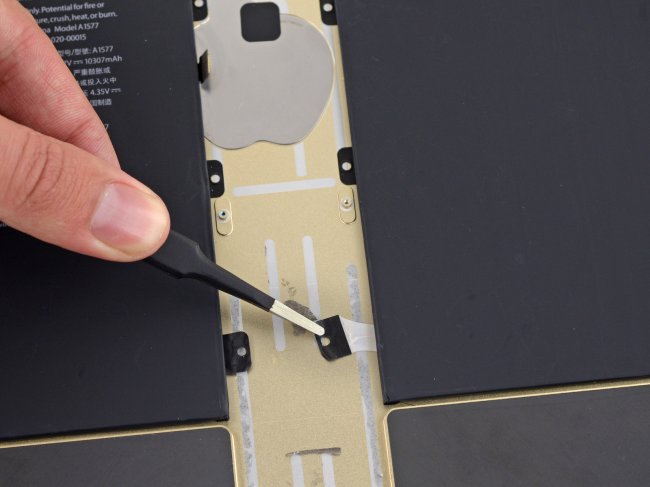 The battery is now easily get — thanks all the same “reeds”. 3,77-volt battery iPad Pro has a truly impressive capacity — 10 of 307 mAh. Energy characteristic to 38.8 WH. 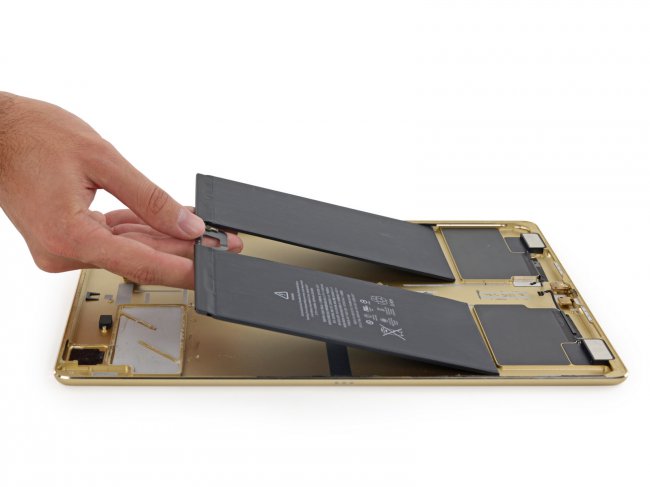 A more detailed report about iPad Pro disassembly in Russian can be seen on the official website of iFixit at this link. Well, we look forward to when the novelty of Cupertino will appear in our hands. 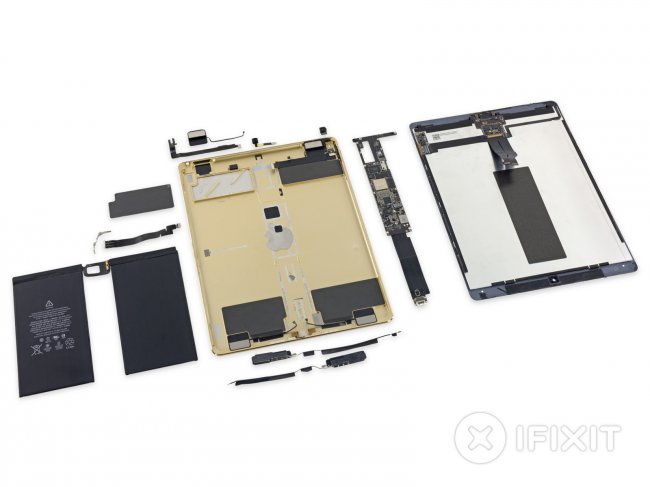