It is not the first analyst firm confirms that Apple is preparing three iPhone in 2018. One of them will be installed LCD-display. 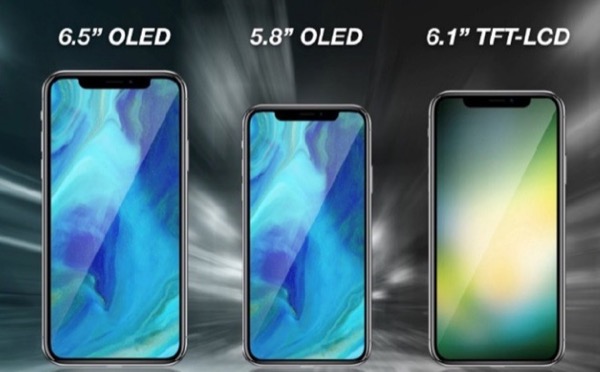 According to analyst Amit Daryanani, Apple is seriously considering launching an updated iPhone X 6.1-inch LCD display and scanning system Face ID. Experts from the RBC believe that we will present two models of OLED screen.

Only Apple is planning to produce 80-90 million smartphones. 50% of them will be equipped with a conventional LCD panel. Probably, therefore, the Corporation wants to reduce production costs and, accordingly, to make the gadget more accessible to the majority of users. But this does not mean that some of the smartphones will be limited functionally. Daryanani reported that Apple insist on the introduction of expensive technologies into its products. This means that all iPhone buyers will get a Face ID, wireless charging and other important features.

Experts noted that employees of the company and its partners are slightly underestimated expectations about sales of the new iPhone, since last year failed to implement the planned number of devices. Daryanani Amit believes that in this regard the Apple special attention will be paid to developing services, as well as sales of Mac and iPad.

Informed about the release of three models of the iPhone said KGI analyst Ming-Chi Kuo. He also noted that one of the gadgets will be the classic LCD screen.