The company Sphero has become famous thanks to radioupravlyaemye the robot from “Star Wars”. It’s been two years since the release of BB-8, and showed us a new toy — R2-D2 and BB-9E. 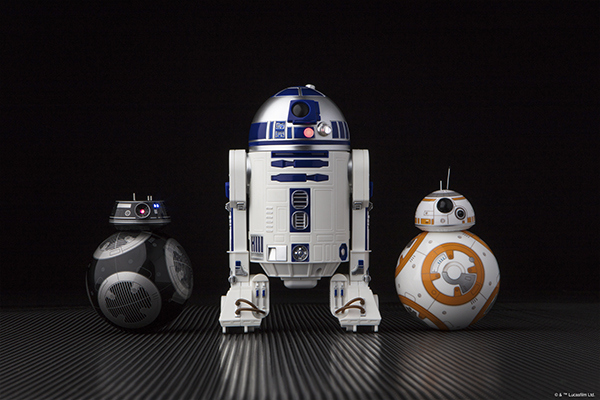 Sphero BB-9E is a clone of BB-8, but was his evil DoppelgangeR. We will see in the new movie “the Last Jedi”. On the robot’s head appeared light indicators. The company worked very long on making the droids looked, sounded and moved like in the movie.

The robots are controlled from a smartphone on iOS or Android. R2-D2 is equipped with a speaker and will delight you with sounds from the fourth episode of the Saga. BB-9E it can not boast — sound is played via a smartphone.