Another problem of the iPad Pro linked with the keyboard 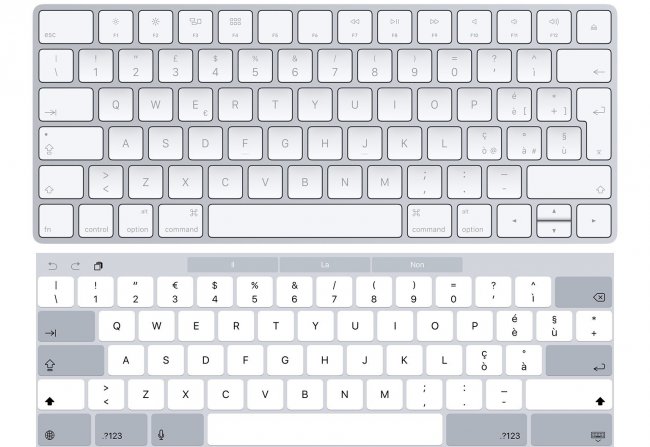 More and more fans of technology Apple already got a new iPad Pro, which means that more and more problems in the device floats to the discussion. Earlier we talked about an annoying bug that does not allow the tablet to turn on after long charging. New problem, presented by colleagues from 9to5Mac, is connected with the keyboard.

In the iPad Pro, due to the large size of the screen, Apple could make the keyboard more like the physical, and it requires getting used to. However, no habit will not help to deal with an annoying bug that doesn’t allow you to start typing the text is planned. Experienced users know that the function “Autoprepare” allows us to start a new sentence with a capital letter. In the case of the iPad Pro, that means the Shift key is pressed, which not only affects the alphabetic keyboard, but the top row of keys with numbers and symbols, it shouldn’t be.

This means that when you want to write a tweet with the text “@AppleInsider_ru Hello!” you press the Shift key in the hope that the next time you press the button “2” is displayed the ” @ ” symbol, but in reality you get “2AppleInsider_ru hi!”. It works the same with other characters. There are three possible solutions to the problem. First, you can disable “Autoprepare” in keyboard settings. Secondly, you can’t use the top row of keys for typing characters, but instead to use the familiar keyboard character. Finally, you can just wait until Apple fixes this problem, and hope that it will happen faster than corrected the problem of iOS 9 with Caps Lock.