Lately, Samsung often described in accident reports. And the reason for the popularity, alas, not positive. Edition PhoneArena has published pictures of another blown-up smartphone Galaxy S7 edge. It is noteworthy that two weeks earlier the owner of the gadget traded on an exchange program explosive phablet Galaxy Note 7. 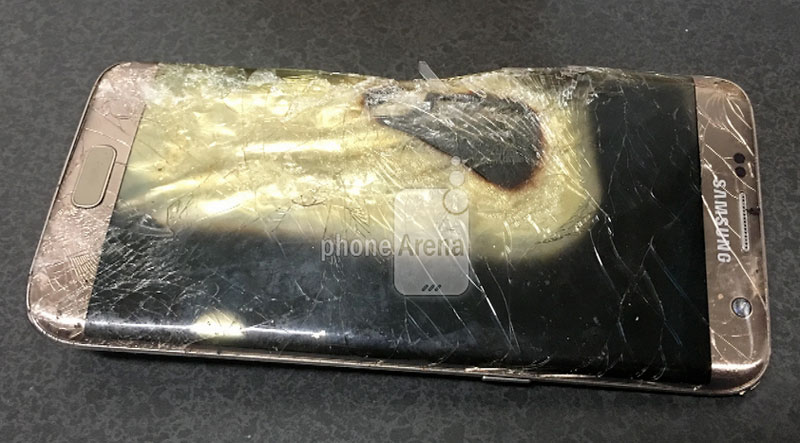 An employee of one of the largest operators of cellular communication of the USA has told about one case of an exploding Samsung Galaxy S7 edge. The device exploded in the night, being connected to the power adapter.

The victim was brought to the shattered store the device in two weeks after he got it in exchange for a Samsung Galaxy Note 7 from the second batch with the tested batteries. The apparatus according to the owner of the smartphone, was charged exclusively with an original adapter.

Samsung said that customers ‘ safety for them is paramount, adding that it will carefully examine the incident.

Tellingly, this is the fourth case of fire Samsung Galaxy S7 edge for the last time. In early September, Samsung filed a lawsuit over the explosion of Galaxy S7 edge, and later became aware of the incident in the Philippines and in the city Panvel, Ohio, where the incident severely damaged the furniture in the house of the American.