Apple a day has risen by $40 billion after the publication of the report record sales of iPhone, Mac and Apple Watch

The price of Apple stock on Wednesday hit a record recently at $129. As a result, market capitalisation for a day has increased by nearly $40 billion relative to the previous close, according to the auction. 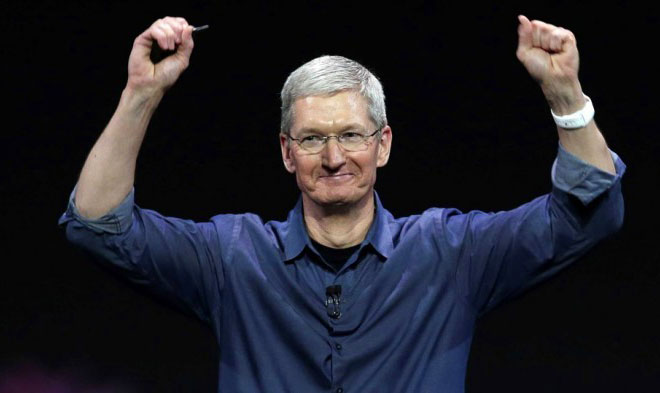 At the close of trading January 31 value of one share of Apple was $121,35. Accordingly, the company’s market capitalization, based on the number in circulation of shares specified by Google Finance (5,26 billion shares), was $677,38 billion Thus, from the start of trading Wednesday, the cost of Apple rose nearly $40 billion.

Growth securities, Apple is on the background of the publication record financial statements. The company’s revenue grew for the first time in four quarters, helped by strong iPhone sales. For the first quarter of the 2017 financial year ending 31 December 2016, it grew by 3.3% in annual terms — up to $78,35 billion Analysts had expected that by the end of the reporting period, Apple’s revenue will reach $77.4 billion 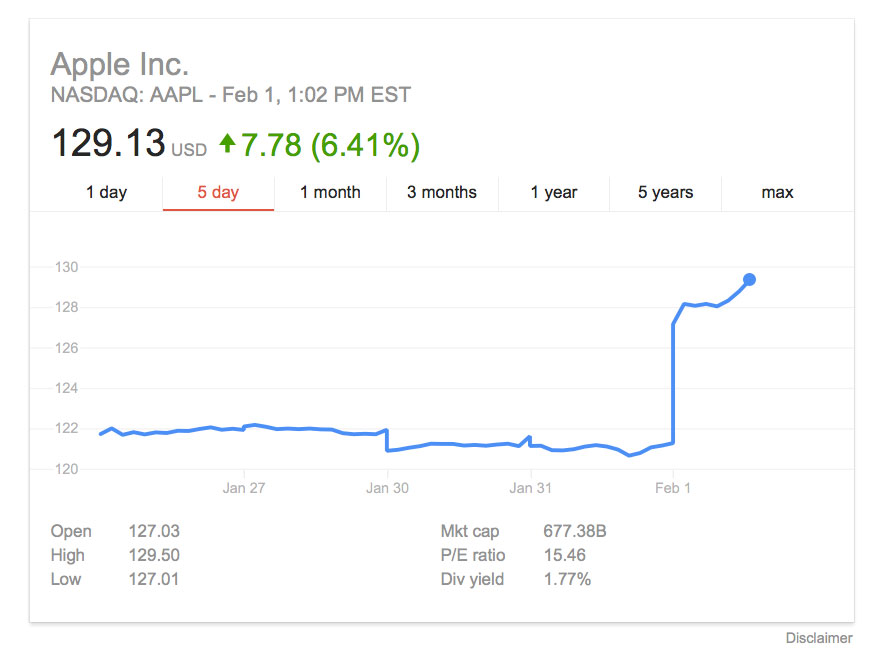 Commenting on the company’s results over the festive period, Apple CEO Tim cook said that they have recorded several records. In the last quarter it sold more iPhones than ever. In addition, the maximum reported income of Apple services, and record sales of Mac computers and “smart” watches Apple Watch.

The Director General noted that the demand for Apple products was so great that the company simply could not cope with processing of all orders. In particular, he identified a very large demand for smart watches Apple watch.