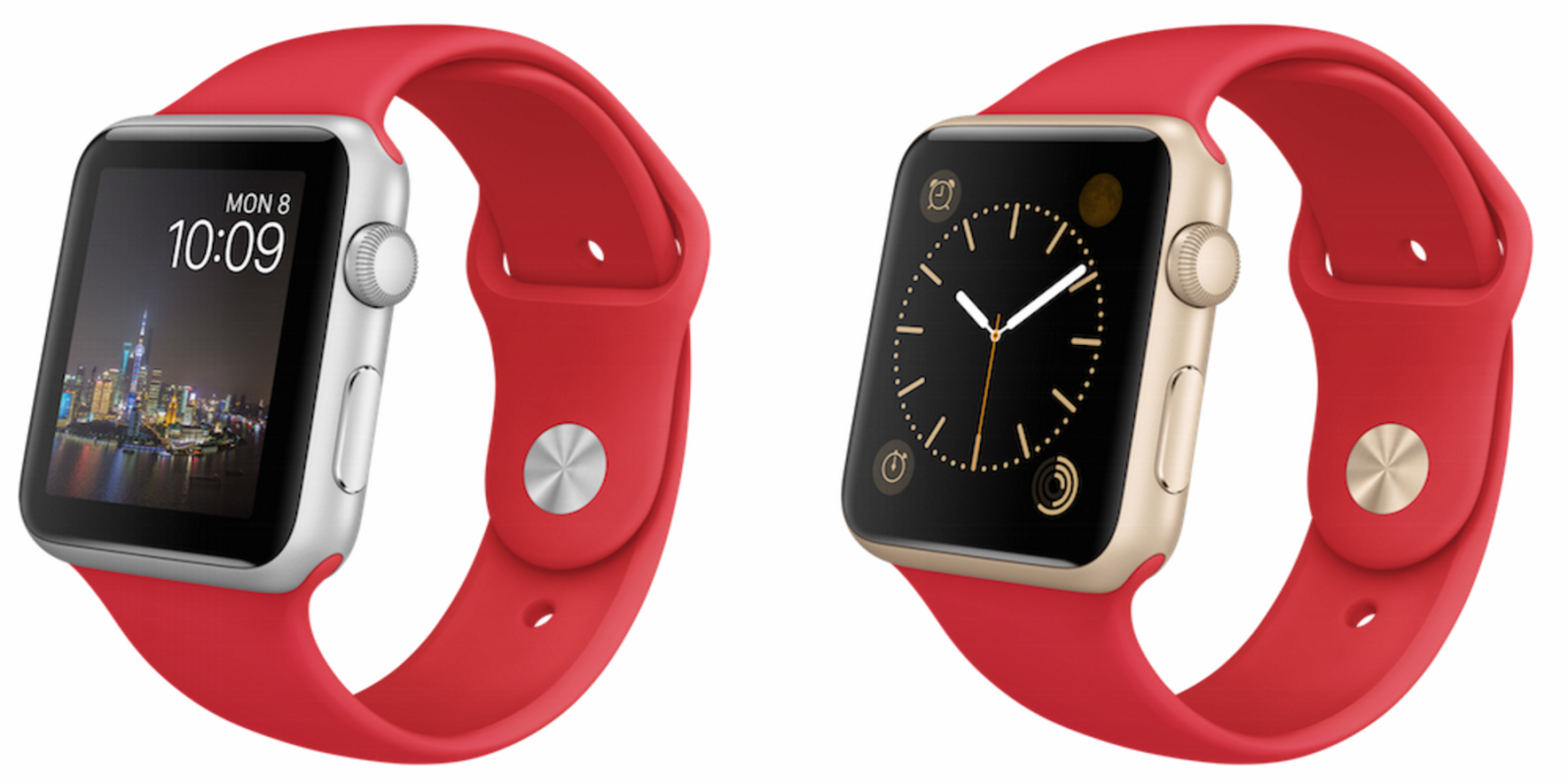 Looks like Apple will be selling two exclusive versions of the Apple Watch Sport in honor of the Chinese New year. This was stated by the Apple website page for countries which celebrates Chinese New year, it’s China, Singapore, Malaysia, Hong Kong and Taiwan. The information apparently appeared prematurely on the website, and soon it was removed. However, everyone had time to get acquainted with two new versions.

Colleagues from Mashable suggests that exclusive model of Apple Watch Sport will be presented in silver and gold colors with straps dark red. You can see their picture above. We don’t know when the watch will be available for purchase, and it is likely that they will only be available in the above mentioned countries. It is assumed that you can buy until February 22. Chinese New year falls on February 8.

Smart watches from Apple allows the company to experiment with their appearance and endlessly to earn extra straps. For buyers it is an opportunity to choose the accessory that matches their individual style. We are looking forward to even greater diversity in March of this year.