Rumors attribute the iPhone 8 great display in the entire front panel. In this case, the hardware Home button will turn into a virtual, in fact, its functions including fingerprint recognition, will perform a portion of the screen.

It is expected that the new generation of smartphones Apple key “Home” will be virtual and will be embedded in the display. Maybe at the conference for developers WWDC 2017, Apple accidentally revealed that the virtual button.

During the announcement of iOS 11 Apple representatives told about “more intelligent” Siri with new voices that have become more natural and more expressive. Now what function is learned about the users of the smartphone will be available on other devices.

The assistant will offer users options based on work history in Safari, News, Mail, Messages, and other applications. For example, browsing history of sites Siri will know which places and topics a user is interested in and suggests them when typing. 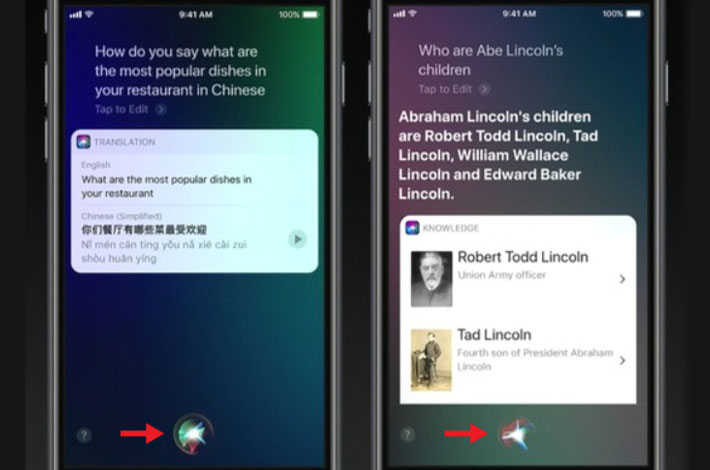 Siri is slowly becoming the head of the whole operating system. Along with this, Apple has updated the interface of the voice assistant, and the assistant icon now appears in the form of a circle. Some users suggested that the new Siri icon may be a virtual Home button in the iPhone 8. At least, according to the size and shape of it coincides with the current physical Home button.

It should be understood that this is only speculation users, so the information should be treated with skepticism.