Apple took first place in the ranking of satisfaction of American consumers American Customer Satisfaction Index (ACSI) for manufacturers of computer equipment. The 13th consecutive year, the “Apple” giant dominates the list of user preferences on the market of desktop PCs, laptops and tablets, based on the ACSI survey among 3,500 respondents from the US. In the survey consumers were asked to assess the degree of satisfaction the most frequently used devices. 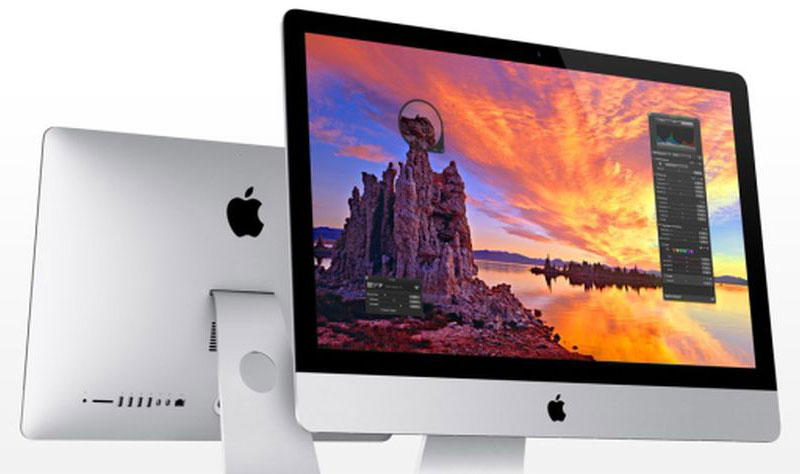 This time the total result Apple was 84 points out of a possible 100, the same as last year. In second place this year went to Samsung, who scored 83 points. In third place is Аmazon (80 points), fourth — Acer (78 points), and Asus rounded out the top five with 73 points. Other companies, including Dell, HP, Lenovo and Toshiba, scored from 73 to 77 points.

Surprisingly, the survey showed the growing interest of users to desktop personal computers, tablets, and laptops. The degree of customer satisfaction increased compared to the previous year by 1.3%, 4% and 3% respectively. 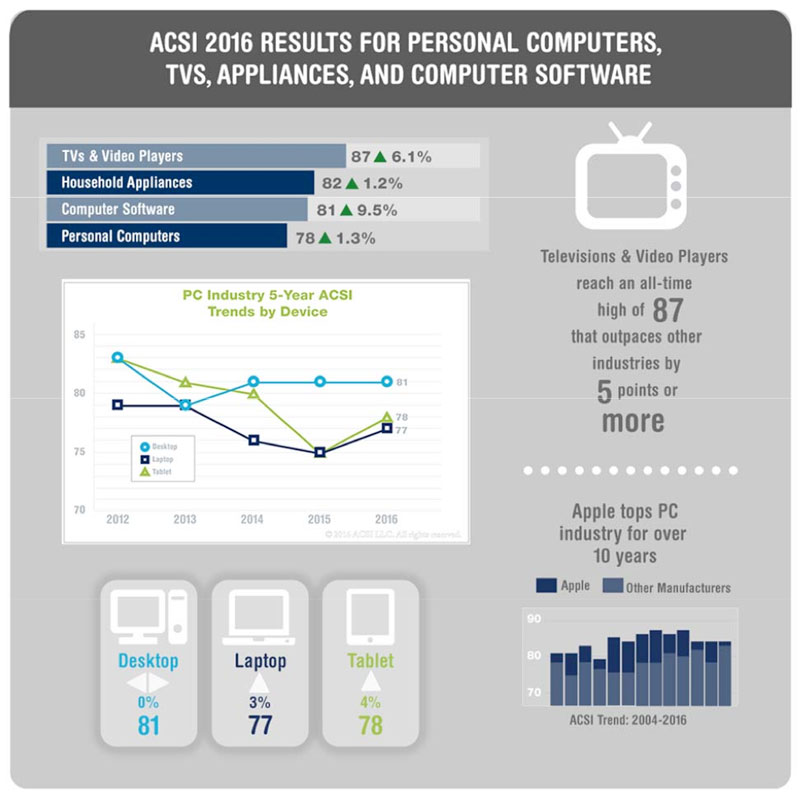 With the announcement of a new generation of devices, MacBook Pro and MacBook Air, which is expected in October, Apple will make the claim to leadership in this rating in a year.