Apple can remove 3D Touch of the new iPhone. Why it’s a tragedy

As the desire to save money may bury a unique feature, to disappoint the developers and hit users. And most importantly: why use 3D Touch right now.

Analyst Ming Chi Kuo in late January reported that Apple is working on multiple new iPhone. One of them (with display 6.1 inch) will be left without a detection technology, touch, 3D Touch. While the news on the level of rumors, treat it with skepticism. But the reasons for the misgivings: first, it’s really obvious way to cut the cost of production, and second, rumor has positively supported by the fans. Nobody seems worried about the fate of the 3D Touch. And for good reason.

3D Touch is one of the most underrated technologies. Apple just earlier abandoned its marketing promotion. The pressure detection turned in homework for a user — often, you need to guess where it works. But the weak is not supposed to bury a useful feature.

To quickly erase all notifications from the lock screen? 3D Touch. To adjust the level of illumination of the flashlight? 3D Touch. Even if there is a standard application, a list of small features and Goodies is almost endless. With strong pressure you to close tabs, add widgets, view notifications. Sometimes it saves one click, sometimes a dozen clicks. 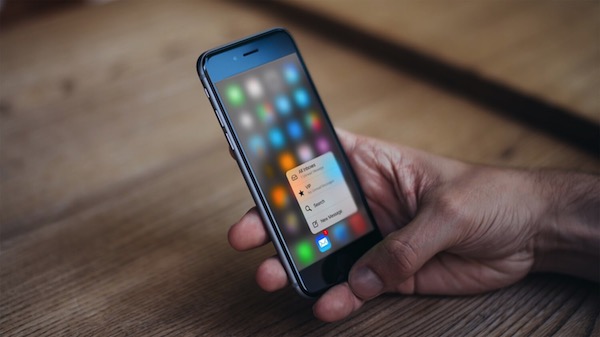 To unsubscribe from a source convenient solutions — a betrayal by Apple. Technology should be publicly available and not premium. Moreover, the unit cost of the sensor layer, which is responsible for the recognition of the strong pressure, over time reduced — adjusted the production process and volumes of supplies.

As with any advanced technology, 3D Touch puts the developers with new challenges. Developers need to think of how to complement the software, without violating the foundations of his work. It is a challenge, from which users will benefit. We could never get comfortable switch to “access Point”, if not 3D Touch. Similarly, in “the Chamber” would not have appeared, for example, quick access to self.

At the start of the 3D Touch compared with the right mouse button is implemented on smartphones. But a couple of years later, it became obvious — it’s much bigger. Is the ability to “hack” the interface, which, thanks to the work of the vibration motor Taptic Engine, a pleasure to use.

It is foolish to deny that many don’t use 3D Touch. Almost every bit of news about this technology to accompany the disappointed comments. People admit: forget about severe depression and well do the good old clicks.

All this, of course, should be served without negative connotation. What 3D Touch is not necessary to use — a big advantage. Technology can no longer be submitted in the form of an ultimatum — “enjoy or die.” Always need options that will allow you to dissolve between a more advanced audience and the everyday user. Oddly enough, pressure has become such a separator in the Apple ecosystem. They are the ones who want to get from a smartphone maximum. But this does not mean that they should pay the extra $100-$200.

We have already received one compulsory “innovation” — the rejection of the headphone Jack. Seem to have a choice much better.

The rejection of 3D Touch will hit the application

A number of programs in recent years have become simply dependent on 3D Touch. For example, Automator Workflow where you can define chains of actions between applications and services. To use the scripts the preferred holding the Workflow icon on the desktop. The same situation with the “Weather” — there is no need to open the program, if you check the forecast via strong depression. Similar situation with “Reminders”, “Calendar”, numerous semitechnical and customers of social networks. 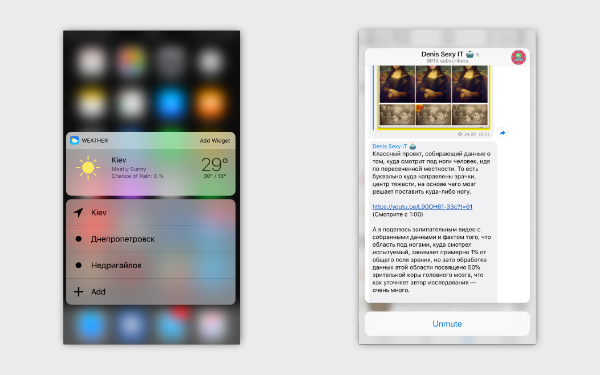 3D Touch for “Weather” and Telegram

If the cheapest (and, consequently, most popular) iPhone will remain without sensitive to touch the display, it will look like a slap in the face to developers. Is Apple support going to show them a disappointment in their own technology. In the future developers will think twice before to integrate new features — just out of fear to spend effort in vain.

5 best ways to use 3D Touch

While the refusal of the 3D Touch remains unconfirmed rumors, it’s time to taste the technology. I can’t name all the instances, but list your favorite life hacks — both within the system and for third-party applications.

Often the most spectacular moments are fleeting. To record video with high framrates (240 fps), you can mess with the camera app is open, scroll through several modes. Much easier to hold down the icon “Camera”, and you choose the slow-mo mode. 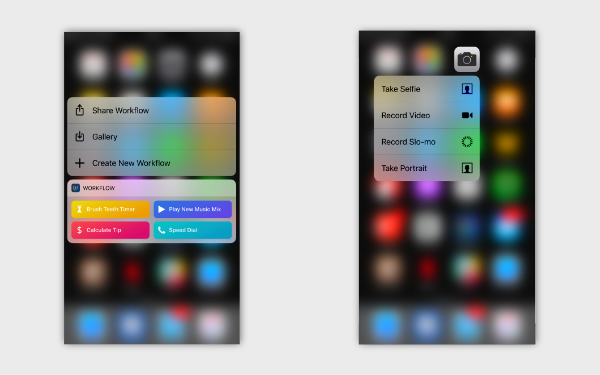 3D Touch for Cameras and Workflow

The 3D Touch makes the iPhone the ultimate tool for writing text. Now, instead of having to take your finger and put the cursor where you want to edit, you can use stronger pressing. Just press on the virtual keyboard and it will turn into a trackpad and the cursor will start to move through the text.

I have long hated the process of adding songs or albums to playlists. Had to do too many clicks: click on a song, then on the shortcut menu, and even to go back. It replaces the 3D Touch — just press the cover and choose the desired action: add to playlist, delete, like and so on. A detail which will save hours of time for music lovers.

Obviously I write a lot from a smartphone. I have a few specialized applications: Notes as indiscriminate dumps, Bear to drafts of articles, Ulysses for longido, Evernote for organizing texts and ricerca. Each with a different interface and logic of usage, but due to the 3D Touch work uniform — I immediately jump to creating a new notes from the home screen. 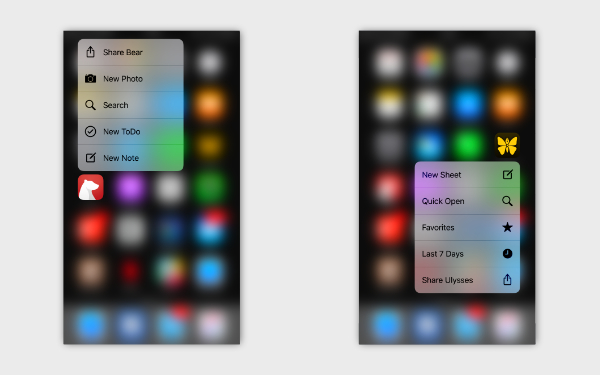 3D Touch for Bear and Ulysses

Not really a fair, but tricky lifehack. If you are in the Telegram received a message, reply to which is not want you can simply hold down the dialog in the list. Then open the preview window — it allows you to read a message without changing its status is “unread”. The main thing is not to swipe the preview up, then you will see the chat.

Emulation will not save

And the last one. IOS 11, Apple has integrated some emulation of 3D Touch for center control, long press on iPhone SE gave the same result as a strong tap on the iPhone 7. This case confirms that to live without this technology not worse. Just a little Apple standardized the interface and pulled the old models. However, if you roll back to a lower level of the new iPhone, even in favor of lower prices, this can only lead to a dead end. Such technologies should not be exclusive. Their purpose is to be everywhere.