July 4th is a national holiday United States – independence Day. Apple CEO Tim cook in his microblog congratulated the subscribers on this date, wishing “a happy and safe holiday”. 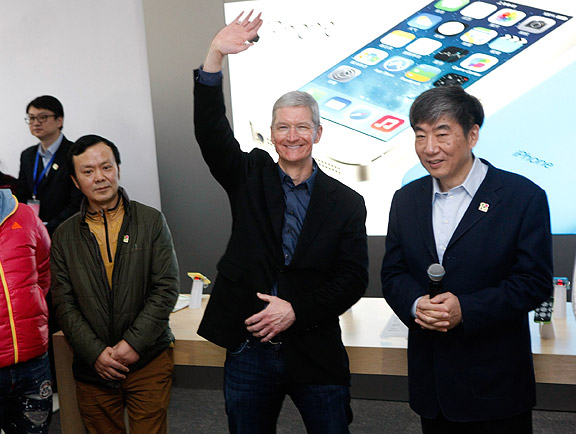 The Declaration, which proclaimed the independence of USA from great Britain, was adopted by Congress in 1776 in the city of Philadelphia. July 4, 1776, representatives of 13 States in the building of the city Assembly signed a document that declared the United States independent from the British Kingdom government.

The signature under the document was signed by the Secretary of the legislative Assembly of the newly created country Charles Thompson and its President John Hancock. Two days later the Congress approved a modified version of the document and ordered that it be printed and distributed among the population. Therefore, the birthday of the United States as a free and independent country is considered to be the 4th of July.

Tim cook congratulated the Americans on the holiday, noting that the Declaration of independence reflects the basic principles of Apple – equality, liberty, and the pursuit of a happy life. “I wish you all a happy and safe independence Day. We accept this truth as self-evident – all men are created equal,” wrote cook.

US residents often celebrate independence Day outdoors, arranging picnics or a barbecue with friends. In Washington, the parade starts at 11:45 local time. Festive convoy runs along Constitution Avenue from 7th to 17th streets. This is one of the most important national events with a very clear Patriotic basis, with the participation of a huge number of musicians, soldiers, actors and officials.

In many major cities fireworks. One of the most colorful fireworks show is traditionally held in new York. From three barges on the East river launch tens of thousands of charges that are more than 20 minutes will decorate the sky in different colors. Prevailing will, of course, blue, white and red — the colors of the American flag.

Another popular event on the independence Day, in addition to the fireworks, are an international competition on eating of hot dogs. The organizer of the contest, which takes place on Coney island in Brooklyn in 1916, is an American fast food chain Nathan’s. Look at the competition attracts tens of thousands of citizens and guests of the metropolis. In addition, many Americans watching the match on television.