On the YouTube channel, Apple has a new promotional video of Apple Music and latest album, Gwen Stefani. 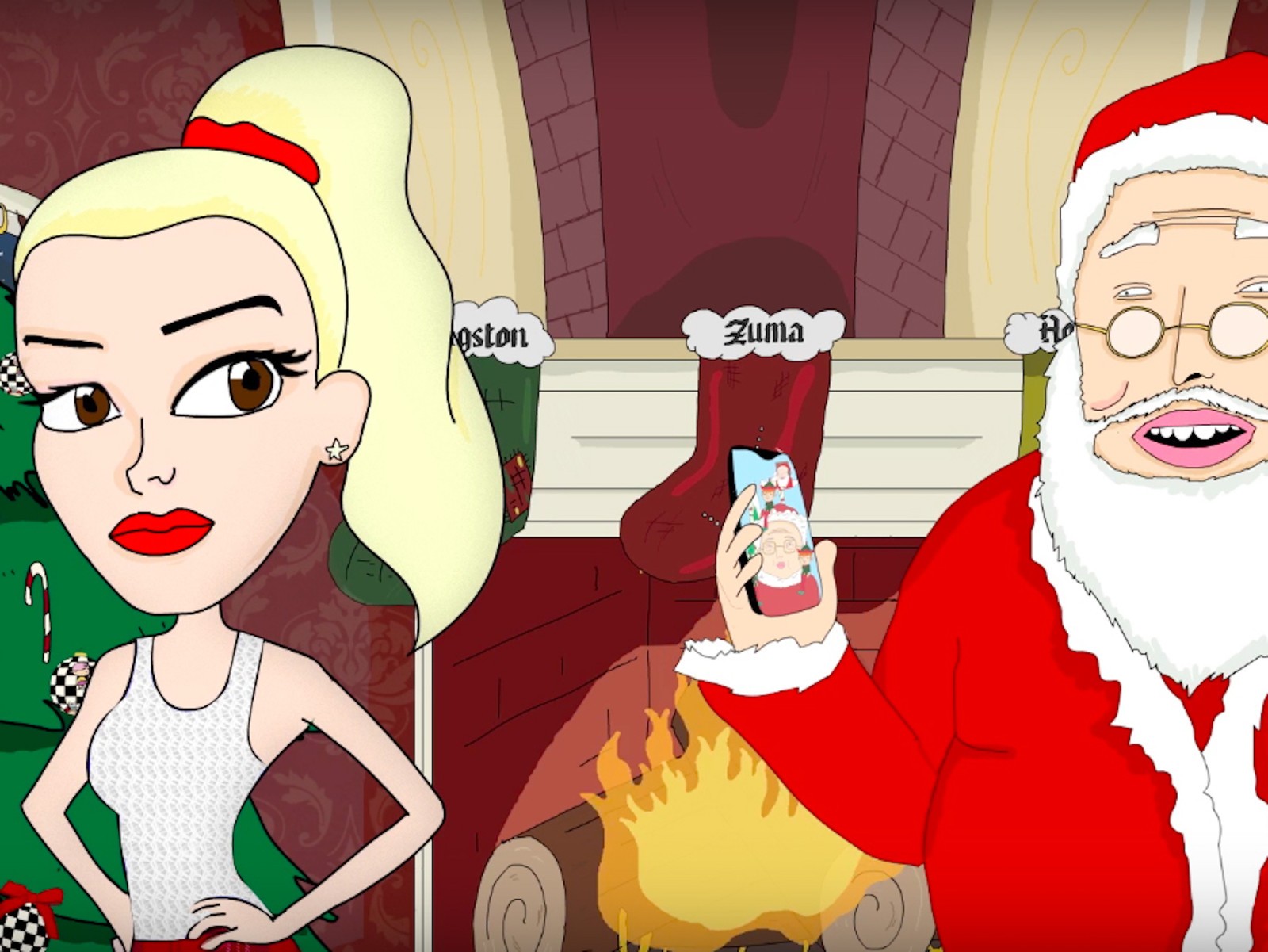 The video lasts only a minute. It’s a strange, unusual for Apple the cartoon, the protagonists of which became Santa Claus and Gwen Stefani.

It all starts with the fact that Gwen takes one of his fresh hits. At this time, to her house sneaking Santa. He welcomed the singer and asks her to sing something for his wife. For this he gets X iPhone and calling her via FaceTime.

Lately Gwen Stefani is often mentioned in the news related to Apple. Recently, the star spoke at a corporate company. Apparently, for this reason we decided to advertise the new album.

Christmas release Gwen Stefani, was released in October 2017. This collection of 12 popular Christmas songs. The album can be streamed in Apple’s Music or purchase on the iTunes store.

In late November, Apple posted a Christmas advertisement Apple Music and AirPods. In it the girl with the guy performed a spectacular dance to the song of the famous musician Sam Smith.