In the system status Apple services appear problems with a significant number of cloud services and tools for developers. 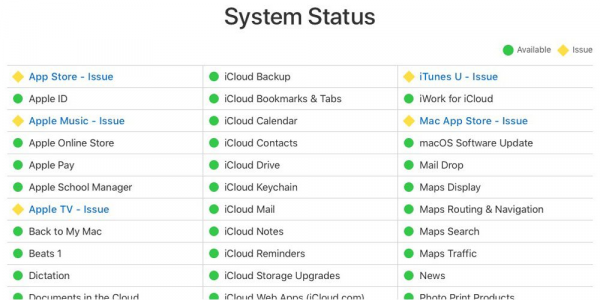 Problems in the system began yesterday when the website Down Detector showed that 41% of respondents who reported the problem to the monitoring service, are experiencing problems with downloading files, the 33% that the store is not loaded and does not open, and 25% are unable to log in.

At the time of this writing, the system displays the “intermittent problem” for “some users” for the following services:

In addition, the relevant page for developers shows a similar message like In-App purchases and the iTunes Sandbox.