Apple employees will move between campuses for unmanned vehicles

The company has been actively exploring the technology of unmanned driving and not building their own car. It is reported by The New York Times. 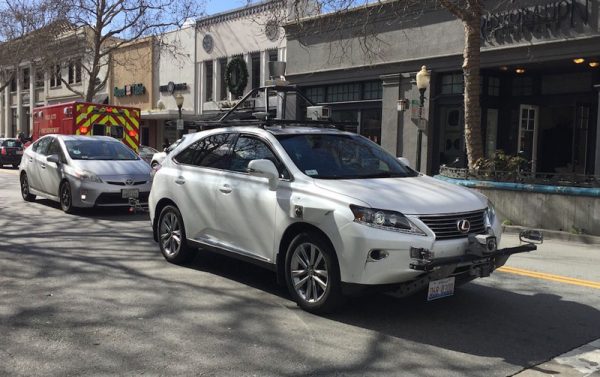 Apple is testing the service PAIL (Palo Alto to Infinite Loop), which is designed for transportation of employees between the old and new campus. The company integrates its self-driving car system in a car from another manufacturer, and will not create their own. Previously, Apple received a permit from California to test driverless cars on public roads.

The project, codenamed Project Titan was originally supposed to build a car from scratch. To do this, Apple has hired several hundred professionals who worked on silent doors, no steering wheel and pedals, displays with augmented reality. It is reported that the company has developed a “spherical wheels”, which was supposed to replace the ordinary tire and would allow the car to move better laterally.

Sources The New York Times reported that the company had numerous divisions, what should be the Apple car. Some employees supported the idea of a fully Autonomous car, other semi-Autonomous. The company also could not decide what language should be written, the operating system CarOS car (Swift or C++).

Steve Sadecki, who left Apple in January 2016, was responsible for the development of the car. He supported the idea of semi-Autonomous machines. Jony Ive felt that Apple vehicle must be fully Autonomous, it would allow the company to completely rethink the value of the car.

In mid-2016 the project was led by Bob Mansfield. From this point the company decided to develop software, not to own a car. Many employees were dismissed, but the mood of the team under the leadership of Mansfield improved. The company now has a clear vision of future technology.