Apple was in the top three most desirable employers for students directions “business” and “engineering/IT”, according to results of a global survey by Universum. Russian companies in the rankings. 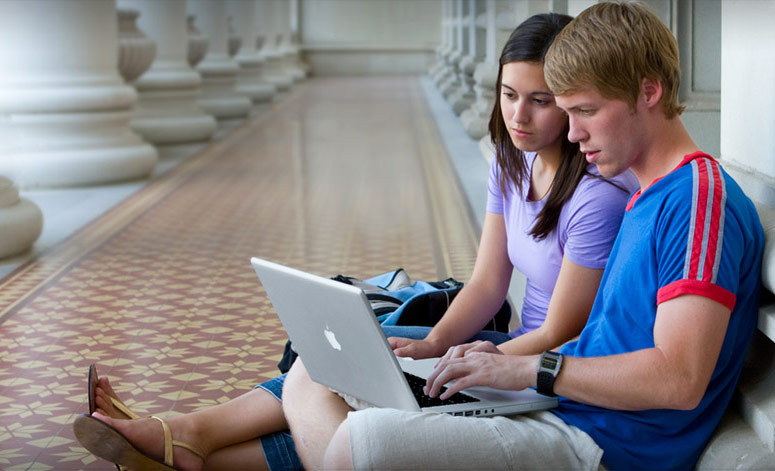 Apple was in second and third places in the ranking world’s most attractive employers for students with the specialization “business” and “engineering/IT”, respectively, reported in a new study by the Universum company, which is engaged in research in the field of employer branding. The leadership belongs to Internet companies Google.

As evidenced by a rating of the attractiveness of the Apple in the eyes of students of a direction “business” has grown substantially. For the year, the American computer electronics giant has moved from 7 to 2 place in the list. PricewaterhouseCoopers, last year occupied the second place, this time rounded out the top five. Third and fourth place, like last year, took the audit and consulting company Ernst & young and investment Bank Goldman Sachs. The top ten included Deloitte, Microsoft, KPMG, L’oréal and J. P. Morgan.

The first four lines in the ranking of preferences of students in the areas of “engineering/IT” have not changed. As in 2015 year, Apple ranked third in attractiveness, Microsoft — the second, the BMW Group is the fourth. IBM, in 2015, occupying the sixth place, up one line, leaving the GE. Next in the top ten attractive employers for students of this trend are Intel, Siemens, Samsung, Sony. 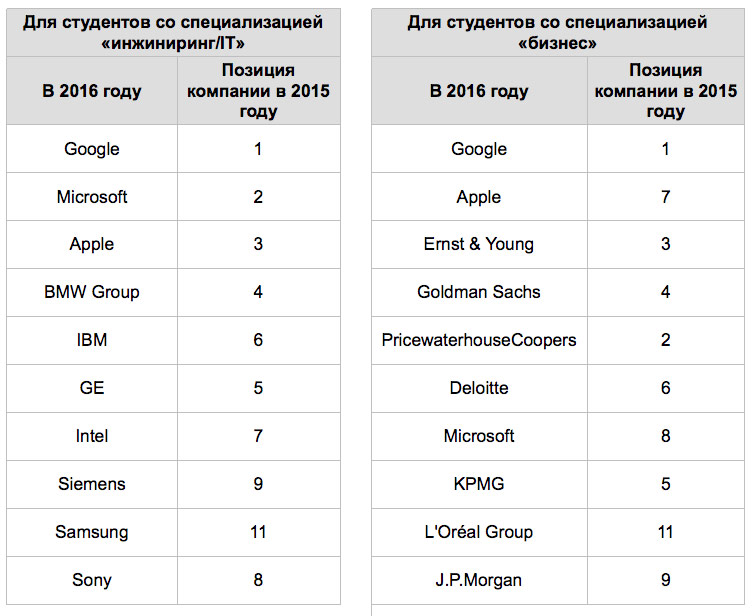 Students with the specialization “business” and “engineering/IT” strive to find a balance between work and personal life is first in importance of career aspiration of students of both specializations in almost all countries, says Rbc. Exceptions were Russia, where to students in these areas, a key objective of a stable and reliable employment as well as India, where more significant opportunity to build an international career.

In the Universum study involved more than 267 000 students from Germany, France, UK, Italy, Russia, USA, China, Japan, Brazil, India, Canada and Australia. To be ranked, companies must enter into 90% of the best employers in at least six countries.

No Russian company to the global lists of the 50 most coveted employers were not included. Previously, Universum interviewed the Russian students, who called most attractive industries from the point of view of employment the public sector (18%), IT (16%) and media and advertising (15%). Ideal work students areas of “business” and “engineering/science” called “Gazprom”.