Against the background of statements of the candidate in presidents of the United States Donald trump that if he were elected, Apple will no longer produce their products in China, a crowd of local fans on Friday morning – the day of the start of sales of the iPhone 7 — filled one of the largest specialized stores in the center of Beijing. 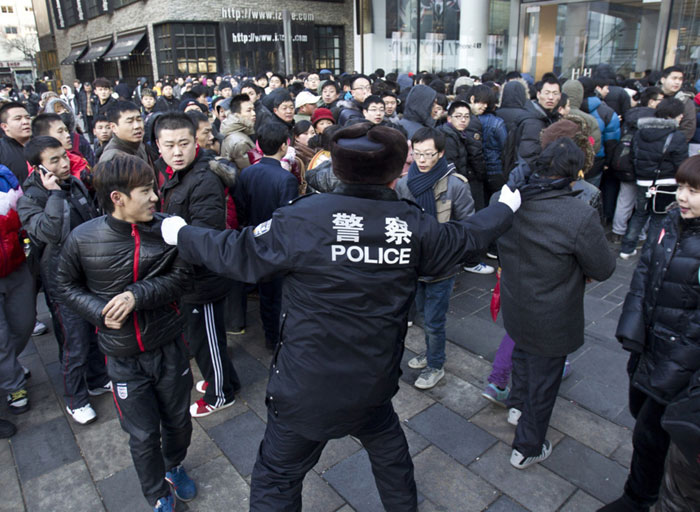 As reported by RIA on Friday morning before the opening of the Apple store in the area Sanlitun in Central Beijing were equipped with a special protective barriers to control the queue to a special entrance through which passed those who previously made a booking via the Internet. About an hour before the store opened the queue was quite modest, but closer to 10 am, the number of people — like those who stood in line for the coveted gadget, and those who waited for the opening of the store to see it — has increased significantly. As soon as the security opened the glass door, the crowd rushed into the room and headed to the tables, where was installed a new phone model iPhone 7.

The store employee explained that the phone is impossible to acquire without a reservation. As of 10:15 Beijing time the order was impossible to do it via the Internet. Apple offers to try again after 8 a.m. Saturday. According to an employee of the store, the phone can get hands on the same day you order. 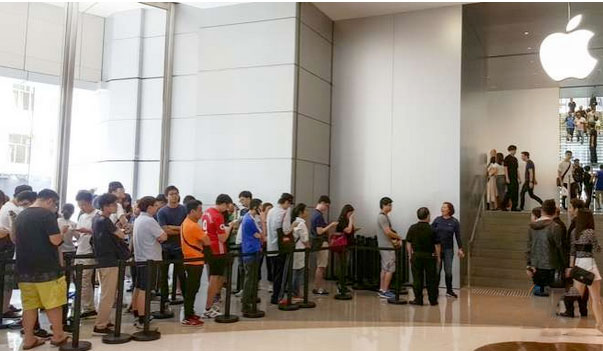 Chinese market, including Hong Kong and Taiwan, was the company’s second largest after North America, more than 27% of total revenue in the fourth quarter of 2015, Apple got it from there. Currently in different cities of China opened 36 specialty shops Apple. According to the head of Apple Tim cook, the company plans to increase the number of its stores in China to 40 by the end of 2016. 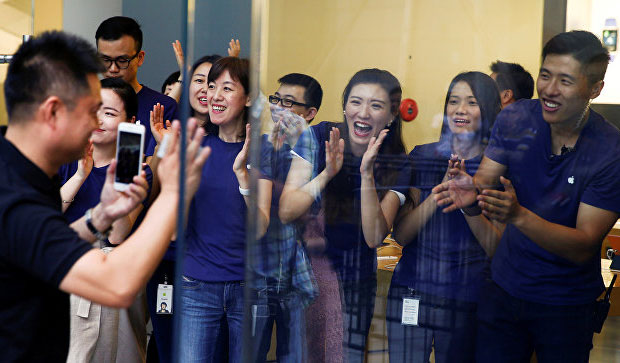 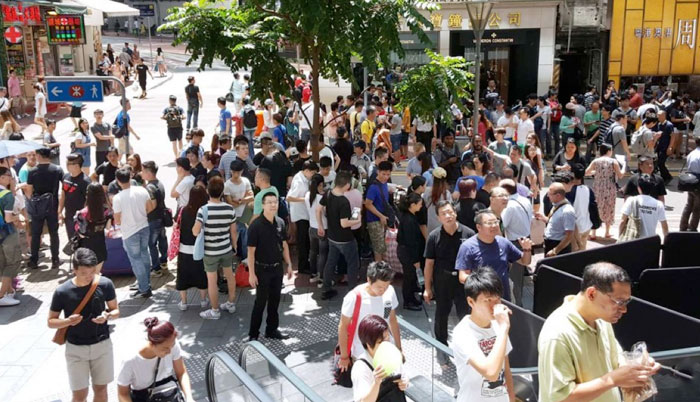 According to them, local competitors offering cheaper models of electronic devices with similar functions, are eroding the share of Apple in the market. According to CCID Consulting, in the first quarter of 2016, the share of Huawei in the Chinese market increased from 11% to 16%, and companies Oppo and Vivo have doubled.