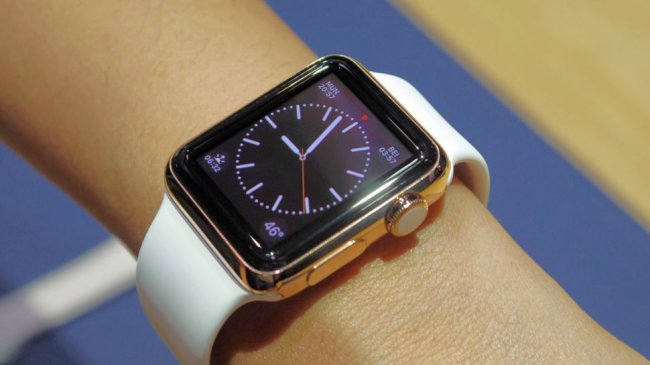 Apple Watch — the first Apple on the market of smart hours. Many people like these watches, but they are not without drawbacks, which have to be worked out. The same can be said about the first version of the operating system Watch OS 1.0. We don’t know about Apple’s plans to update the software of the Apple Watch, but it definitely needs updating. Some shortcomings should be corrected and some missing features need to add, for example — Activaton Lock.

Since Activation Lock iOS 7 makes the iPhone a useless brick for the thieves. If your iPhone falls into the wrong hands, without your password from Apple ID no one will be able to use it. Statistics show that with the advent of this function, the number of iPhone thefts decreased in large cities. iPhone less willing to steal, but what about Apple Watch?

And with the Apple Watch, things are completely different. Watches store in the safety of your personal information, and they will not fall into the hands of outsiders. However, if your watch was a thief, he will easily be able to reset all your settings and sync the clock with the new iPhone. Watch never ask for your password for your Apple ID, they’ll just start working with a new device.

For whatever reason Apple had not protected the Apple Watch from being stolen using Activation Lock. Yes, the watch does not have independent access to the Internet to verify your credentials, but they hardly live without regard to iPhone, Activation Lock and probably could get along in the body of the Apple Watch. While they are a tasty morsel for thieves.