The first wishing to buy the new Apple smartphones are faced with the problem of the lack of some models of devices in stores. Therefore, the manufacturer decided to surprise them with an unusual present. 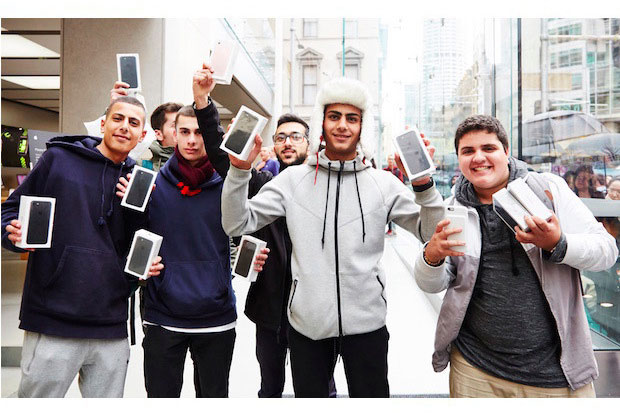 On Friday 30 countries around the world started official sales of the iPhone 7 and iPhone 7 Plus. Wishing to buy “Apple” novelties is faced with a shortage of smartphones. Apple gave frustrated fans a gift card of $100. The consolation went to buyers who took place a few days before launch and have not received the gadgets, which are pre-ordered.

But, how draw media attention, not everyone liked this idea Apple. Users said that gift cards definitely will not pick them up. Buyers are not found in the free market iPhone 7 colors available “black onyx” and all the iPhone 7 Plus.

Apple offered those wishing to catch a rare smartphones to wait a bit. On the official website it says that if you make an application for the iPhone 7 “black onyx” today, it will bring in November. Model any color will be available in two to three weeks.

Earlier it was reported that the first batch of the new phones iPhone 7 Plus is already sold worldwide prior to their admission to the official stores.