September 7 will be a presentation of Apple, where the company will introduce the iPhone 7 and Apple Watch 2. As reported by Ain, to promote the main event of the year in social networks, the company has borrowed the technique of its direct competitor — Samsung. As the South Korean manufacturer Apple lures users “non-existent” tweets. 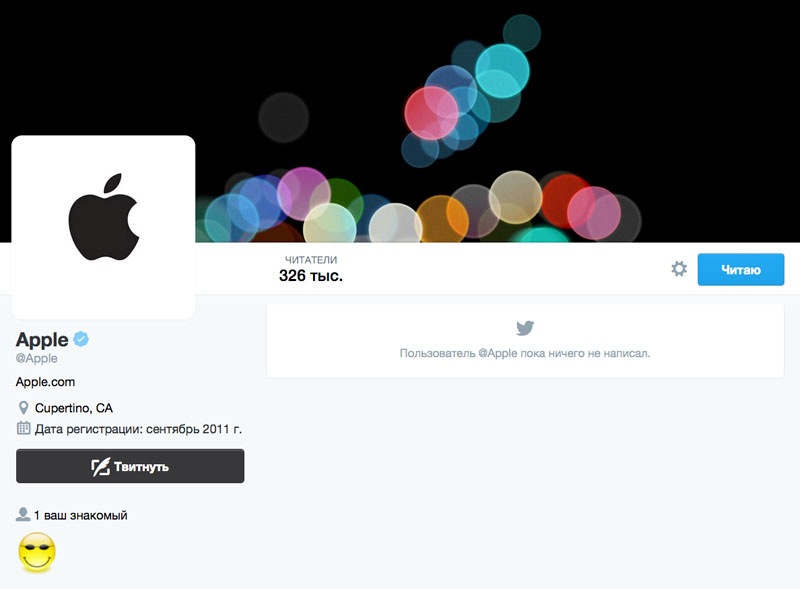 She had an advertising technology Dark Posts is used not only in Twitter but also, for example, in Facebook. “Dark” posts is advertising messages that do not appear in the ribbon of the brand, and seem to specific users of the social network.

And now the ribbon, users may receive a message from an authorized Apple account that on 7 September it will be possible to watch the presentation to retweet and get a reminder before the actual event. The message looks like this: 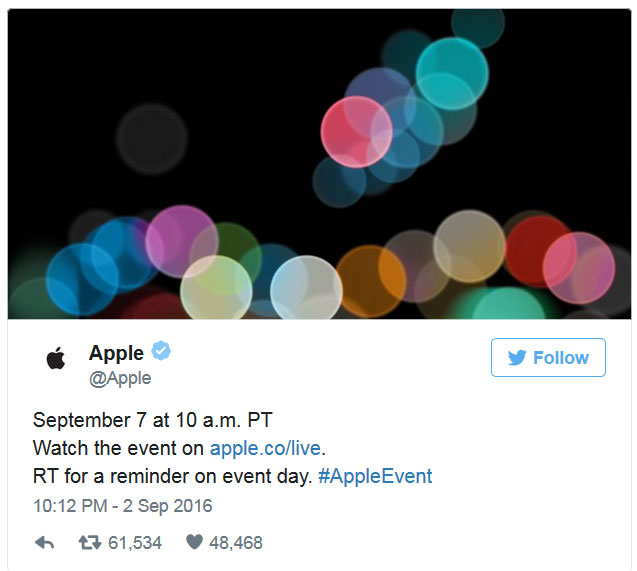 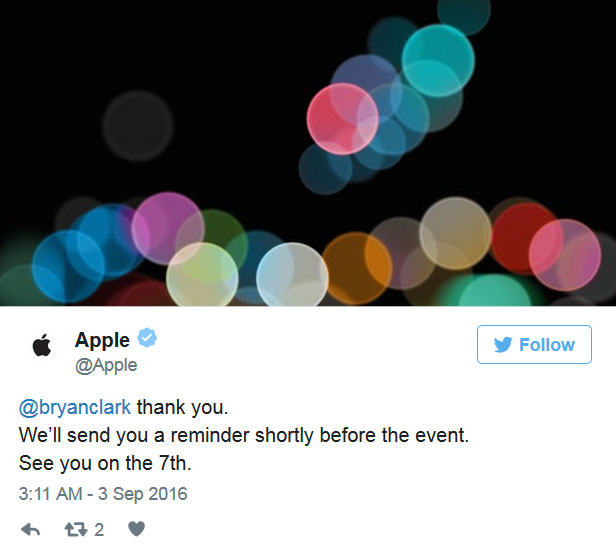 If you follow the link, it appears that the tweet in the feed of the company itself is not. And when it rewite the user will have the same design as the tweet from the company (and which is also not visible in her feed).

You can pay attention to the fact that before the event tape Apple is a “Ghost town”: a brand with 326 000 followers in the ribbon can’t see a single message.

As noted, Metu Navarre, the same advertising techniques used to promote Samsung in February, the presentation of the flagship Galaxy S7. 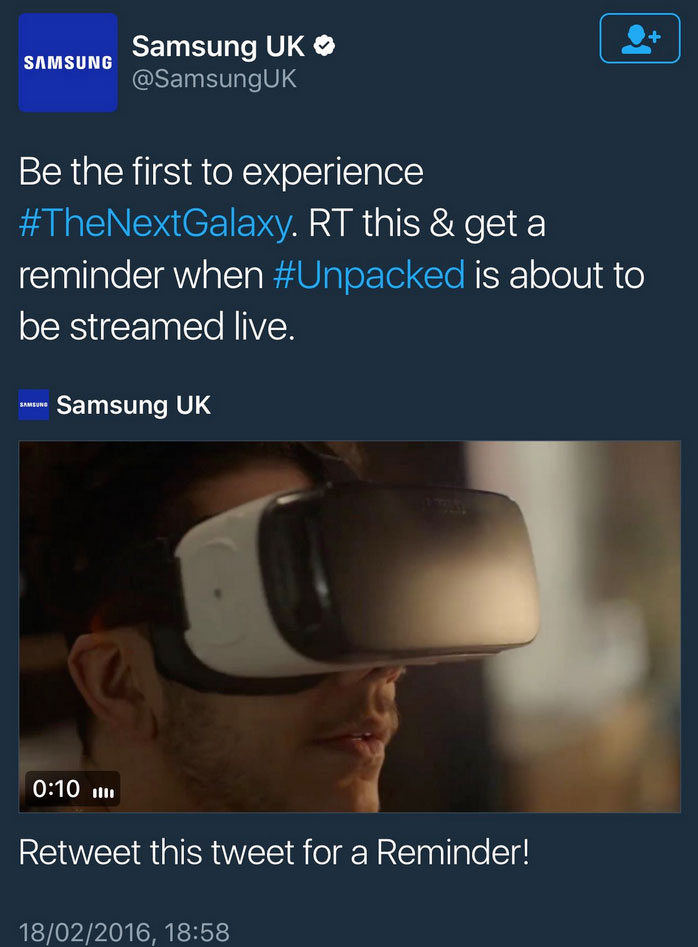 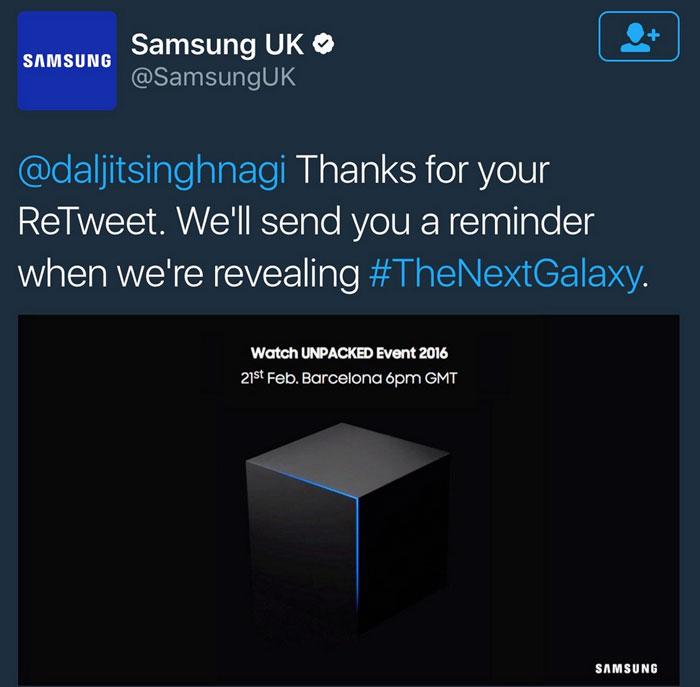 Apple presentation will be held in San Francisco next Wednesday. The invitation to the event with the slogan ” See you on the 7th clear that the highlight of the program will be the presentation of the next-generation smartphone — the iPhone 7. In addition to the new flagship is expected the company will show “smart” watches Apple Watch 2 and updated MacBook pros.