Apple at WWDC 2017 in San Jose introduced the “smart” speaker system HomePod. As expected, the device is a “smart” home assistant to support proprietary voice assistant.

In the sale immediately after the announcement, the novelty will not appear. Apple is not calling the exact timing, said that the release will be in December.

This is one of those cases where when the device is worth it to wait. HomePod has got deep integration with IOS devices and Apple services. Users can use the gadget to control “smart” gadgets with support for Apple HomeKit and music Apple Music service. The device “listens” to a user by using the six built-in microphones. 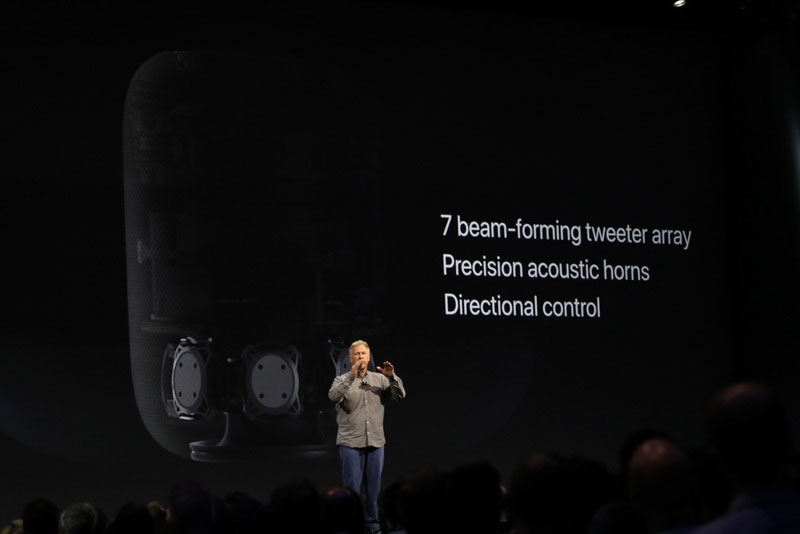 The volume level and sound quality HomePod is much higher than the competition. The column will be able to offer virtual surround sound due to a special speaker system with seven arranged in a circle tweets. As stated in Apple system in the house creates the effect of filling the room.

In equipping the device includes a new Apple A8 processor as in the iPhone and sensors to automatically adjust the volume depending on ambient noise levels. That is, the column will automatically make the music quieter when the user is talking to someone on the phone. 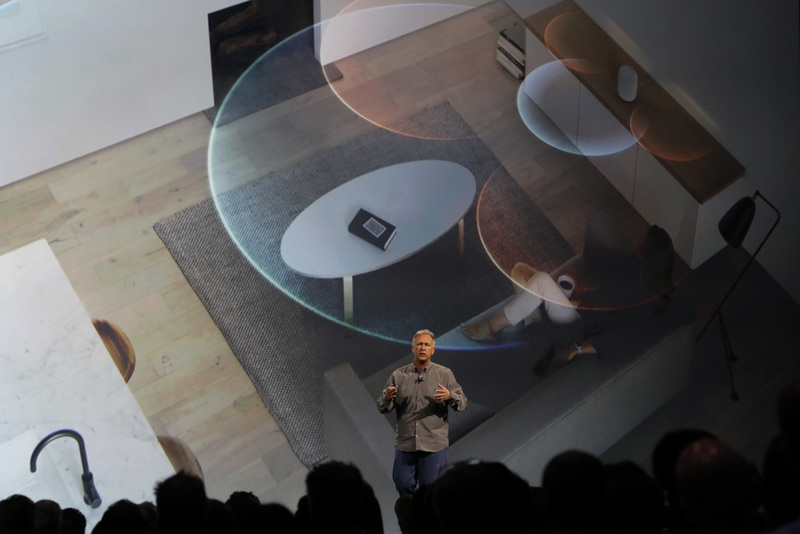 Have HomePod can ask about the weather, play your playlists, podcasts, set reminders, learn about traffic jams, nearby sporting events, and so on. And if you have configured HomeKit, you can control lights, air conditioners, curtains and other clever things.

The launch of the HomePod has two main objectives — to create the basis for “smart home” technology through Apple’s HomeKit and stronger to tie users to the Apple ecosystem, as the majority of the Amazon Echo and Google Home do not support the “Apple” services. 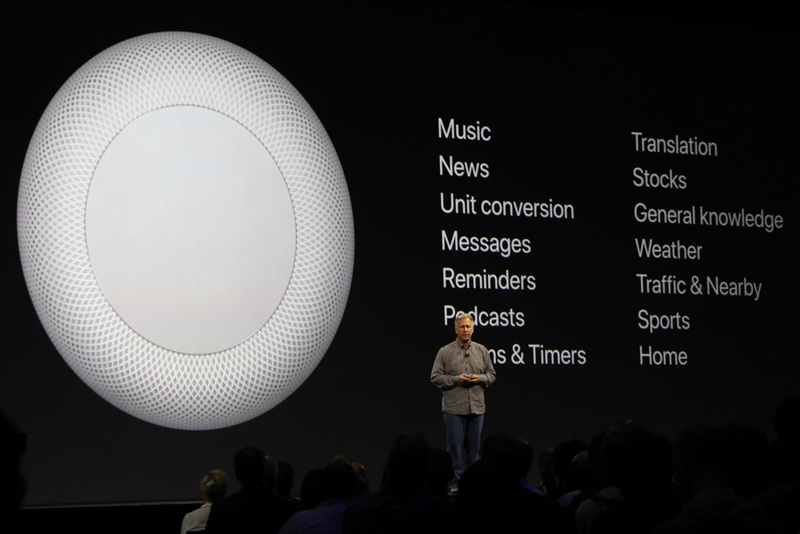 As mentioned above, despite a possible June announcement, the smart column will not be available until the end of the year. The cost of the device in the black and white version is $349.