Apple has finally achieved his goal and was able to completely abandon non-renewable resources. 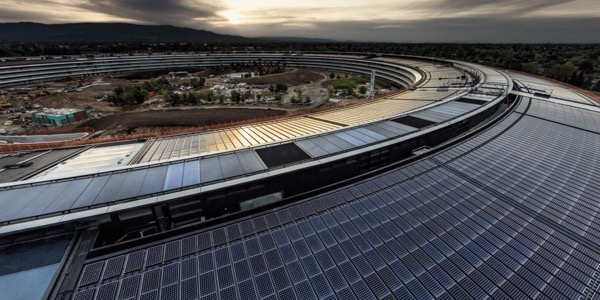 100% of the energy which is consumed by the iPhone maker, is taken from renewable sources. This means that the Corporation does not use natural resources that have a certain limit and can not be restored in the future.

The company has built a lot of windmills and farms with solar panels around the world. The Corporation employees are carefully watched for the new headquarters of Apple was able to operate solely on green energy. It’s the same with data centers. They are all equipped with solar panels.

In 2010, only 16% of the energy used by Apple, was extracted from renewable sources. In just 8 years, corporations have been able to achieve results in 100%. But the company does not stop.

Apple representatives said that the factories with which they collaborate also tend to completely abandon non-renewable resources and soon will achieve it. It is worth noting that not even all Apple stores are supported exceptionally “clean” energy.

Apple has long been paying a lot of attention to the environment and trying to limit the amount of damage it causes to nature. All devices of the Corporation conform to safety standards and have a minimum threat to people and the planet.