With the release of iOS updates 10.0.3 Apple stopped issuing digital certificates for iOS 9.3.5. Now the users of iPhone and iPad there is no possibility to downgrade to the previous version of the operating system. At the same time, the company has ceased to issue certificates for iOS 10.0.1. 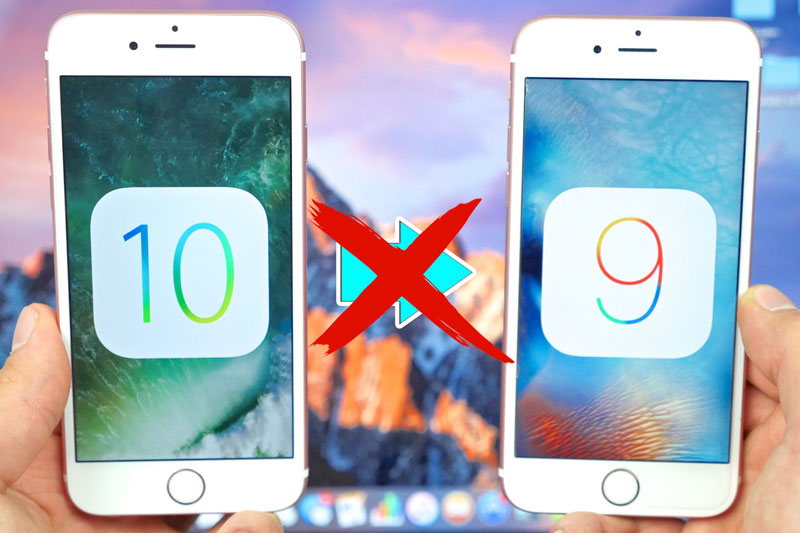 Released September 13, iOS 10 has become one of the biggest software releases Apple with a large list of changes and improvements. However, many owners of iPhone and iPad, reported some problems in the devices: disable the gadgets when you upgrade, accelerated battery discharge, failures in the Wi-Fi and Bluetooth problems with the cellular connection. In the subsequent technical updates Apple has corrected most of these problems.

Currently, Apple does not sign iOS 9.3.5 for any of the compatible devices. This means that the owners of iPhone, iPad and iPod touch can’t roll back to iOS 10 iOS 9. In other words – no way to install the device system than iOS 10.0.2/10.0.3. This is evidenced by the status of the operating systems on service TSS Signing whose creators have warned that after the upgrade, most will not be able to downgrade.

Topical at the moment are the version of the iOS operating system iOS 10.0.2 and 10.0.3. The first release took place on 24 September, the second on October 17. Technical updates aimed at fixing bugs in the devices and improve the stability. The 10.0.3 release of iOS is intended only for owners of iPhone 7 and iPhone 7 Plus and is aimed at solving the problems with cellular connection.

The next major release of the Apple iOS is 10.1. At the moment the update is being tested by the developers and participants of the program testing.