Salakhutdinov, University Professor at Carnegie Mellon, together with colleagues formulated in the mid-2000s a number of new approaches to deep machine learning, which made possible the current boom in technology of neural networks. He is co-author of dozens of seminal works on machine learning. On starting work in the Apple Salakhutdinov wrote in his Twitter.

Although the priority in the work Salakhutdinova is considered “the study of the perception of what is happening in the world of computer the mind,” at Apple, he primarily will be to improve the function of the virtual assistant. 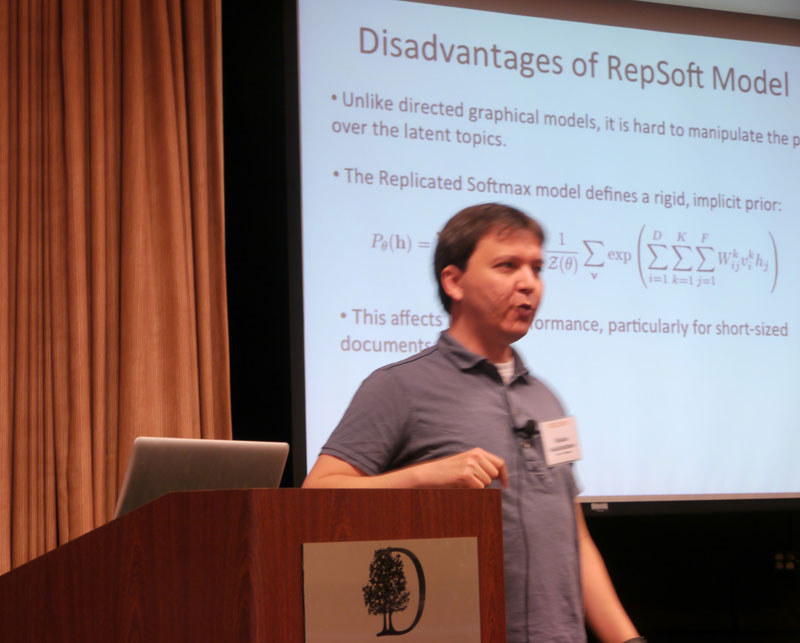 According to Engadget, the team under the leadership Salakhutdinova will be asked to solve “large-scale and important for humanity issues”. According to the plan of Apple to improve the technologies based on artificial intelligence will be the best experts.

Perhaps it is the development of Siri will be Salakhutdinov and his team a priority, as voice assistant Apple is often criticized for the lack of tangible development since the release on the market. Given the advent of Google Assistant and the purchase of a potentially revolutionary assistant Viv by Samsung, Apple just need to strengthen this area. 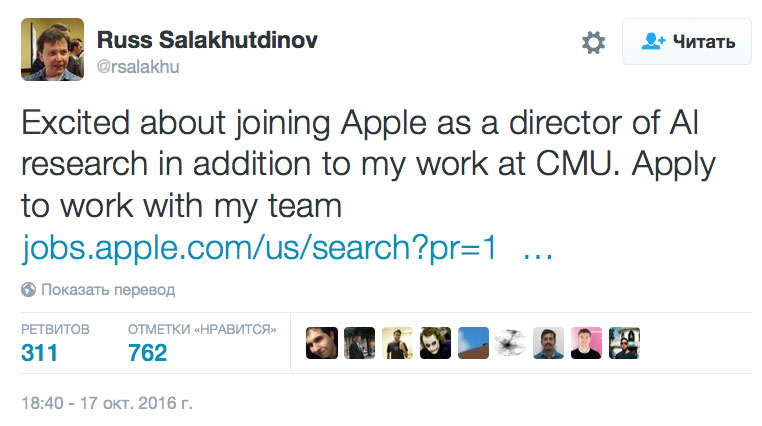 Recall that Apple was going to give a serious fight to its competitors in terms of creating the perfect intelligent assistant that will help users to make some decisions or suggest important, in his her opinion, the information throughout the day.