When Apple founder Steve jobs first told the audience that he is going to introduce a mobile phone, then said, “there he is.” But instead contemplate the iPhone, the audience saw on the slide photo iPod with old-fashioned rotary dialer. This caused the admiration and laughter of the audience. This week, the Bureau of patents and trademarks United States officially published a series of 46 of Apple’s patents, including a patent for a device created jobs for the sake of drawing. 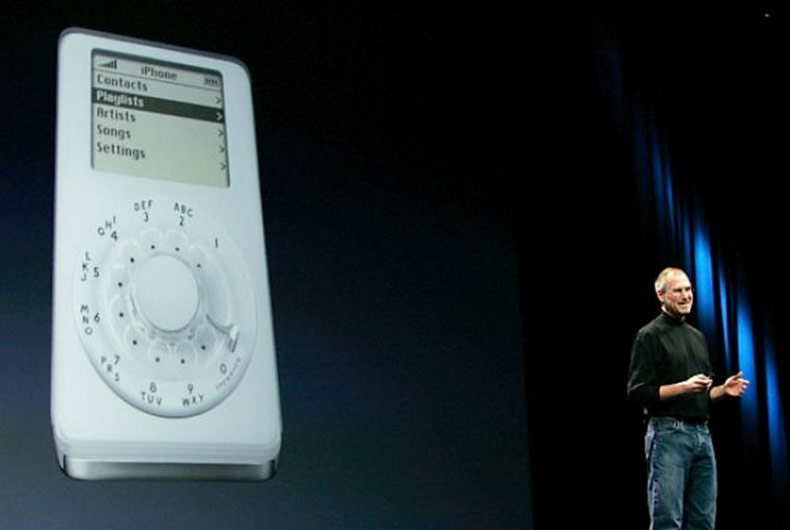 While Apple released the first iPhone, the company’s founder has presented a humorous development of the iPod with a circular disk, over which laughed the whole room. In the patent, the company noted that the drawings illustrate example handheld devices with a remote telephone system. The gadget is equipped with a display and touch the disk button in the center. 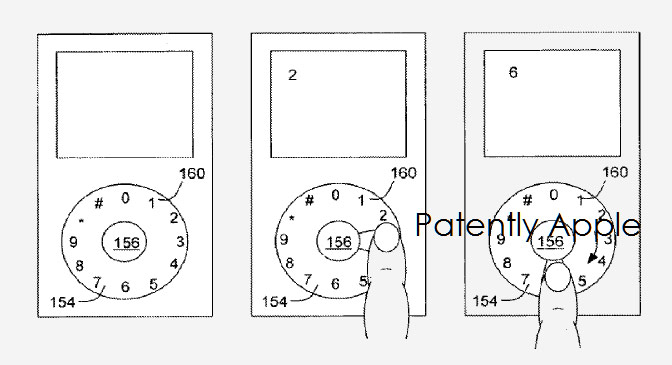 Earlier, former Apple employee Tony Fadell said that the iPhone project actually did not grow from a tablet, as repeatedly stated by Steve jobs. The ancestor of the iPhone 2G was a classic iPod with Click Wheel wheel, which originally committed the management interface, including calls. The device was called the iPod Phone.

“It was a real iPod with an integrated cellular module, — said Fadell in an interview with VentureBeat. – He was like the iPod, as the iPod worked, and you had to dial the number through the same interface. That was bullshit”.

As shown in the figure, in phone mode dial on the iPod used Phone numbers, and characters from “the grille” and “star” displayed on the disk. Issued Apple a patent was registered in 2006.