Apple has risen to 3rd place in the ranking of 500 largest U.S. corporations according to Fortune

Fortune has made an annual rating of 500 largest U.S. corporations. The leader of the list was the retail chain Wal-Mart, which for several years, with the exception of 2009, took it in the first place. Apple was in third place. Last year, the American giant computer electronics took fifth place. As noted in Fortune, “more or less normal state of Affairs” in the largest company United States has become perhaps their biggest achievement over the past few years. 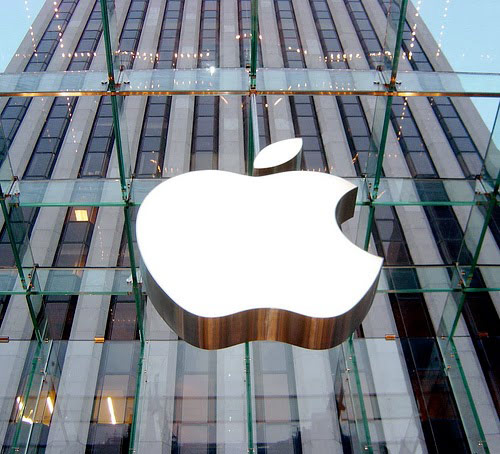 The main criterion for determining the position in the list, is the revenue of the companies at the end of the previous year. To get into the ranking, annual revenue had to exceed $4 billion Four years ago, the iPhone maker has held the seventeenth place and now stuck on the third.

Among the strengths of Apple experts call the power of the brand. In the list of “threats” for the California-based company includes the operating system Android and Chinese manufacturers of smartphones. Fortune notes the falling sales of the iPhone and iPad, as well as the high expectations of investors and consumers among the weaknesses of Apple.

“After 10 years of steady growth, reinforced by the success of the iPod, and then even more popular iPhone Apple eventually hit a wall. It still remains the most lucrative in the world a public Corporation, but the iPhone 6s and iPhone 6s Plus barely surpassed their predecessors at the start of sales in late 2015. While sales of the iPad continue to fall. In April 2015, the Apple Watch came out, received very mixed reviews and fairly modest sales figures… Now all hope for the next update cycle of the iPhone and the shift of focus to the Indian market,” writes Fortune. Observers of the magazine believe that Apple will be able to restore parity in a few years after the release of the own vehicle, generated in the framework of the Titan project. 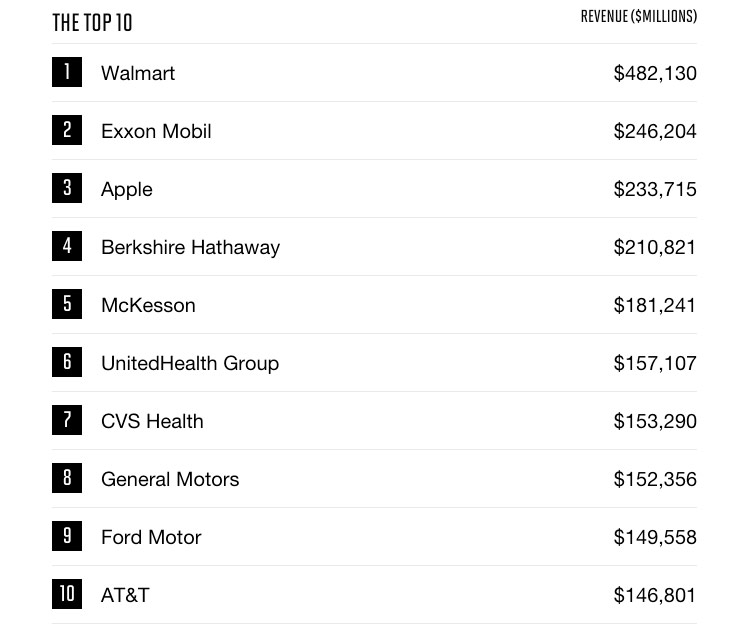 The top 10 corporations in 2015 according to Fortune:

The supermarket chain Wal-Mart, the largest retailer in the world (revenue — $482,1 billion) by the end of 2015 achieved a leading position in the rating Fortune 500. Second place, like last year, took oil giant Exxon Mobil ($of 246.2 billion). Apple closes the three leaders with the indicator of $233,7 billion. Fourth and fifth places in the list occupied the Berkshire Hathaway ($210,8 billion), and McKesson ($181,2 billion).