Apple has solved the queries of the authorities on user data

Apple has published a report on “transparency,” showing the number of requests governments to receive user data. The company had previously issued such reports only in PDF form, but now it has launched a new interactive web site for viewing information. 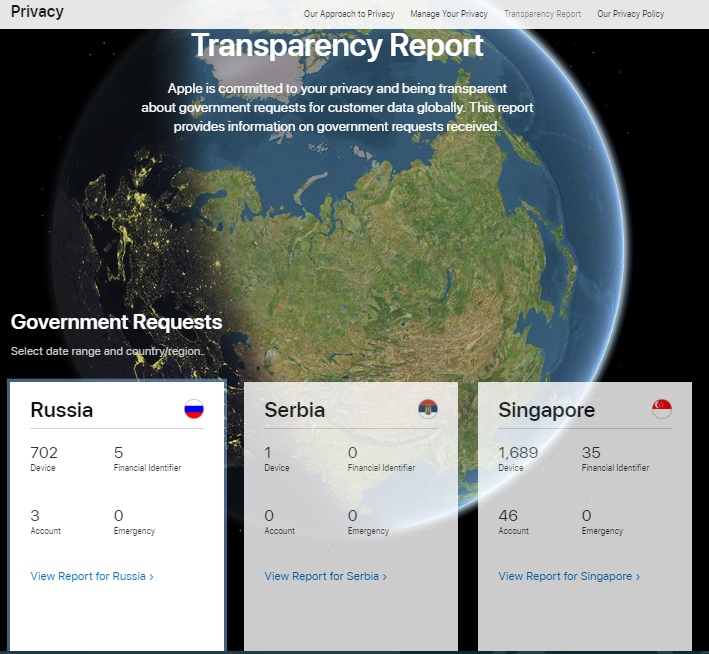 According to published reports, Apple’s latest report on transparency covers the period from January to June of 2018. During this period, the company received a total of 32 342 request for user data from government agencies of different States, which is 9% higher compared to the previous reporting period. These requirements covered a total of 163 823 device.

In the first place by the number of requests is Germany, which sent 13 704 applications for the provision of data 26 160 devices. Apple explains this by the fact that most requests were made to investigate cases of stolen devices.

USA took the second place in the list – 4570 requests 14 911 devices. Of these, 918 requests were related to fraud with gift cards for iTunes.

The Russian authorities sent a request to Apple 702 2 909 devices for data. 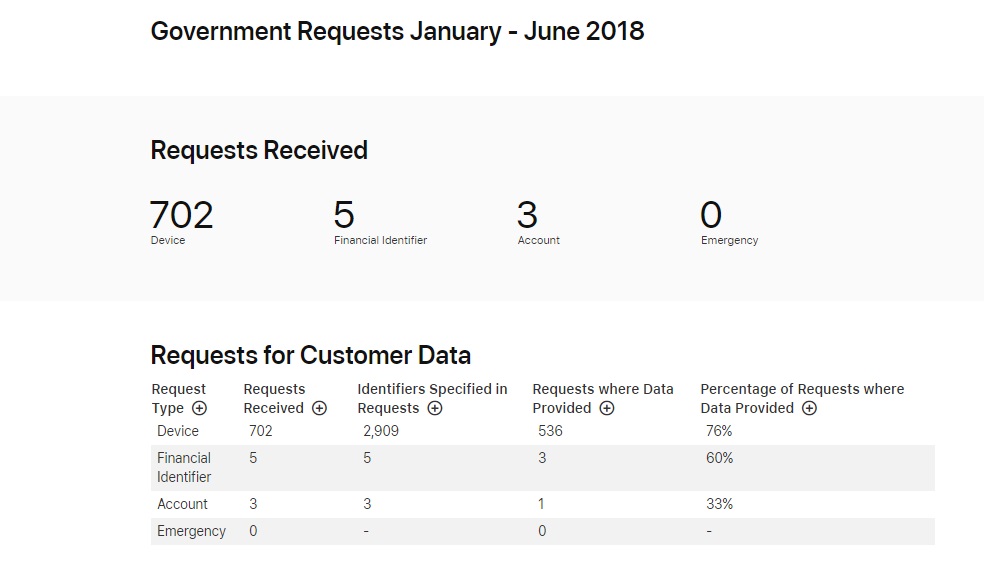 The company also noted that he had received 4177 requests for data to iCloud, which is 25% higher compared to the previous period. These requests covered 40 641 device. This surge is due to the investigation of major fraud schemes in China, which the Chinese government has demanded large amounts of data.

On issues of national security, the company has not announced the exact numbers, but noted that he had received up to 500 requests.

You can view the updated report Apple about transparency on the company’s website.