The Boxing world suffered an irreparable loss in 74 years departed this life the legendary three-time world champion in the heavyweight Mohammed Ali. Apple urged to pay tribute to the achievements of this man. 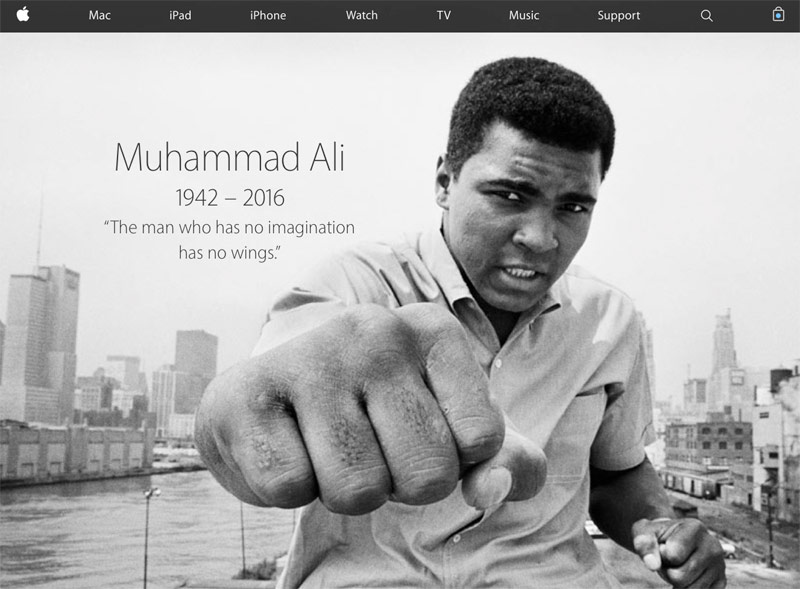 The iPhone maker has posted on the home page photo of a boxer with the dates of his life and 1942-2016 famous phrase athlete’s “a man without imagination has no wings”.

The famous American boxer Muhammad Ali, has died on 75-m to year of life in a hospital in Phoenix. June 2, the athlete was admitted to hospital because of problems with respiratory organs, and on 4 June he died. For 32 years, Ali has suffered from Parkinson’s disease.

Representatives of the family of the boxer said that the cause of death was septic shock. His heart was beating for another 30 minutes after refused other organs. “No one has ever seen anything like it. It is a real confirmation of the power of his spirit and will,” wrote the daughter of a boxer. 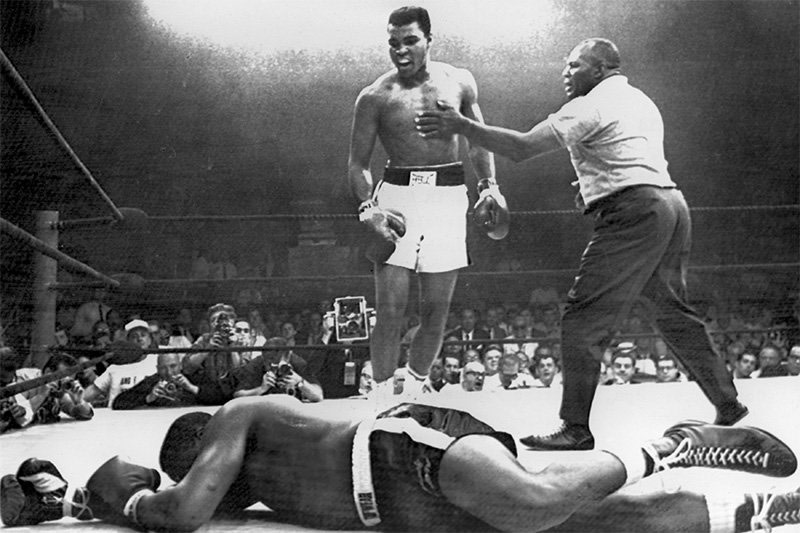 The last hour of his life, Ali spent surrounded by family, the report says. His funeral will be held in the city of Louisville in Kentucky. They will also be broadcast on the Internet.

At birth Ali was named Cassius clay, but he changed it after I contacted the organization “Nation of Islam”. Ali first became world champion on Boxing in heavy weight in 1964, subsequently he defended this title. The Ring magazine five times, Ali was named fighter of the year. He also led social and political activities, in particular, have publicly refused to fight in Vietnam and helped with the release of American hostages in Lebanon and Iraq.