2018 at WWDC Apple announced new features for Apple TV. Among them are improved sound fresh app for the console and many more new.

According to Apple, iTunes is now the largest collection of 4K HDR movies in the world. And now the paintings can be viewed in a new improved format DOLBY ATMOS. In addition, there was a recent app for the Apple TV where you can watch TV channels – has even promised to support Russian! All their available over a hundred.

Now the remote control console will automatically be added to the Control iOS. Plus, declared support for third-party distantsionno that just make life easier for many owners of different consoles and smart TVs. 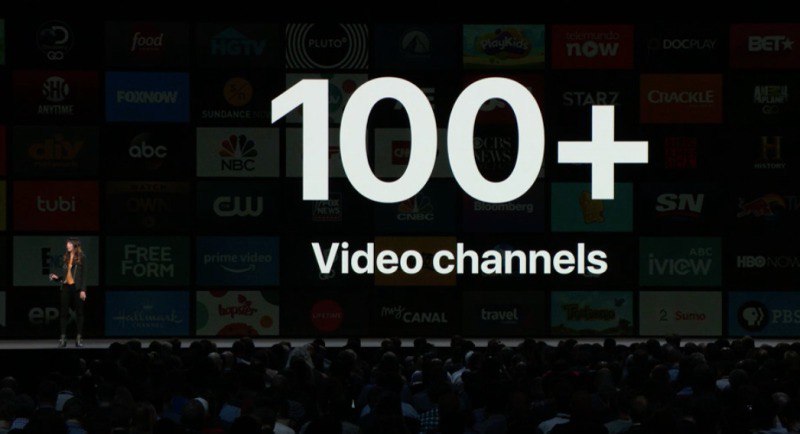 Also Apple the whole year worked with the ISS and took pictures of the Earth from space. Now, these pictures will serve as owners of Apple TV as screen savers, and each of them will be marked with geolocation. I’m sure many people wondered where it was filmed screensaver – now you do not have.