Apple iOS 9.3.4 increased the battery life of the iPhone

Last week Apple has distributed the final version of iOS updates 9.3.4, aimed at addressing a “critical security error” and improving the functioning of the devices. Today we have the opportunity to compare the battery life of iPhone running iOS and iOS 9.3.4 9.3.2. 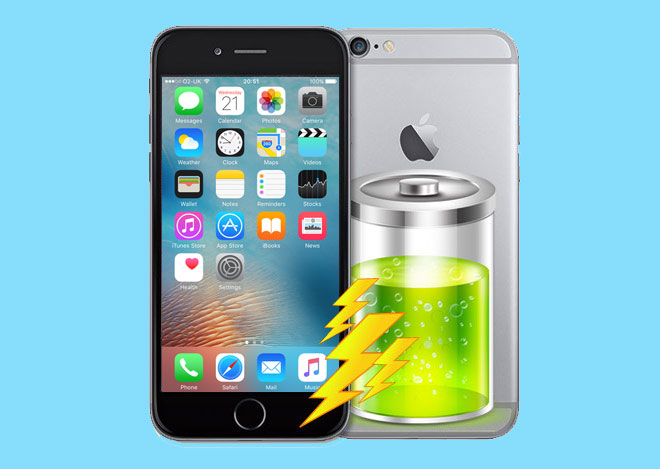 Blogger iAppleBytes tested Apple smartphones five generations of the two versions of the operating system and published the results in clearly arranged tables. Based on previous experiments, iOS 9.3.4 optimized somewhat better on newer devices than previous releases. It’s a little faster to cope with running the software, although the difference in the results at the level of accuracy. And how to show OS in terms of autonomy?

Comparison of the efficiency of OS was conducted using a special test that is part of the benchmark Geekbench. The experiment involved the iPhone 6s, iPhone 6, iPhone 5s, iPhone 5 and iPhone 4s. Devices with operating systems iOS and iOS 9.3.4 9.3.2 charged to 100% and ran that to the battery. 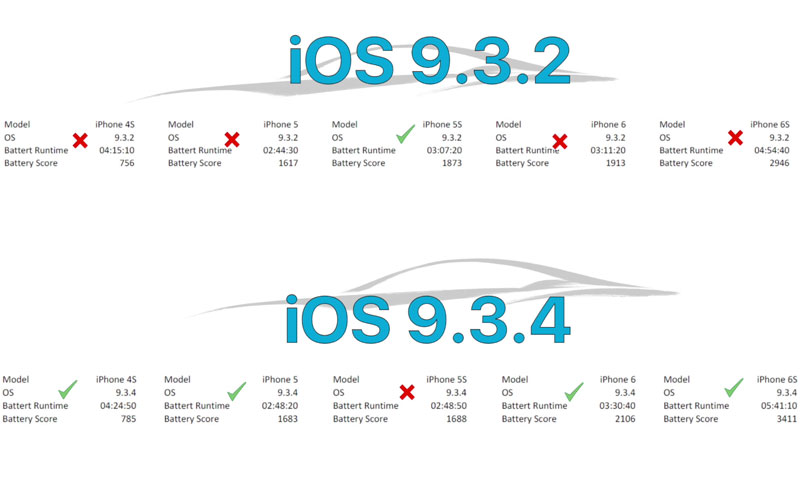 The results were very interesting: four of the five devices, the latest edition of iOS 9 have shown longer battery life. In the case of iPhone 4s, the update gave the smartphone 10 minutes of battery life, while iPhone 5 on the latest version of iOS lasted 4 minutes longer.

At the same time, iPhone 6 and iPhone 6s with iOS 9.3.4 working in the Autonomous mode, respectively, 19 and 50 minutes longer. Only the owners of iPhone 5s can regret the output of update – index of autonomy of these models was reduced by almost 20 minutes.

9.3.4 the iOS update debuted last week. It contains the minimum number of changes and aims to eliminate the vulnerability that was used to create the jailbreak Pangu and install on gadgets Cydia store.