Apple is investigating a case of bloated battery iPhone 8 Plus

Last week, the network appeared information about the fact that the iPhone battery 8 Plus swell during charging. Apple received a defective device and are investigating the incident. 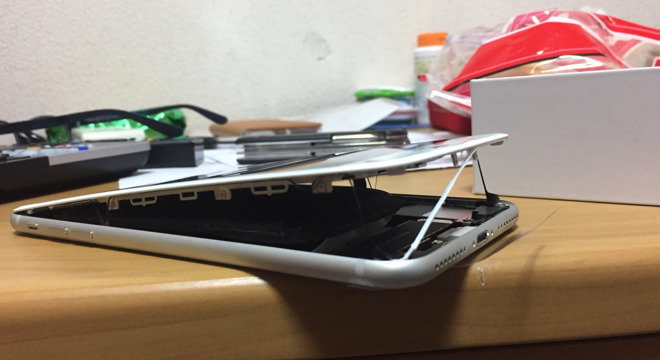 On Friday, September 29, in the network appeared the first message on the iPhone 8 Plus swollen during charging. The case occurred in Taiwan. The owner of the smartphone said that the device was purchased five days ago, and for charging used the original cord and adapter by Apple.

The second case occurred in Japan. A girl posted a photo of a bloated iPhone 8 Plus with a peel off screen in his Twitter.

Various Internet resources immediately remembered the incident with the Samsung Galaxy Note 8 and the flaring of the batteries, although in the case of the iPhone on mass marriage yet available. According to The Independent, a survey conducted among the employees of five Genius Bar, showed that a week of sales of the iPhone 8 and iPhone 8 Plus (USA novelties appeared September 22) there was no statement regarding the faulty battery.

Most likely, the girls were unlucky to buy a defective smart phones. According to statistics, one in a million released iPhone is faulty.