Apple is working to create a keyboard with Force Touch 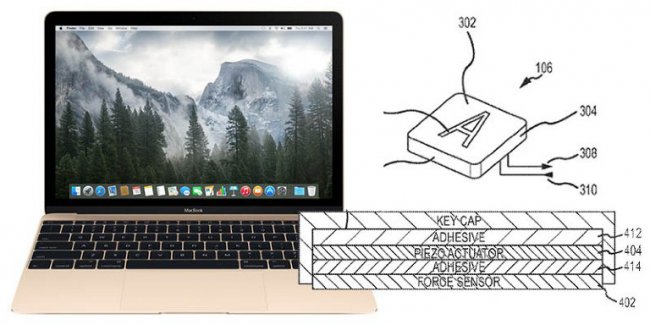 As it became known thanks to our colleagues from Ai, Apple continues to further popularization of Force Touch interface, integrating virtually everywhere. Thus, published U.S. Patent & trademark office documents show the registration of the patent on the Mac keyboard for a new generation that recognizes gradations of depression.

In the description of the invention is that every single button of the keyboard unit will be a mini-sensor that responds to enhanced depression. Technology Force Touch will allow you to use different kinds of characters and commands without shortcuts. For example, to switch to capital letters, you’ll need a bit harder push on the letter, instead hold Shift. 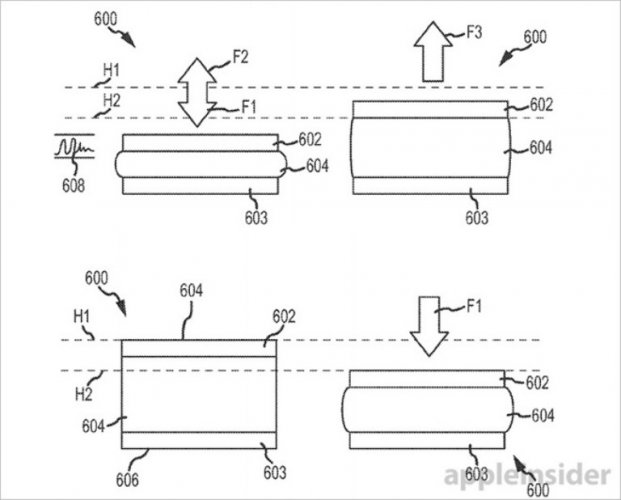 Integrated module Force Touch will function due to the combined resistive and capacitive panels, which will be the past the key mechanisms of the type “butterfly” and “scissors”. The lack of turn buttons will be compensated by the electromagnetic sensor, the functionality of which resembles the operation of the vibration motor called the taptic Engine. All this will allow to significantly reduce the thickness of the keyboard, which, apparently, is the main goal of Apple’s engineers.

Despite the fact that the application for registration of the patent was filed back in 2012, confident that the invention will see the light, no. However, the keyboard with built-in Force Touch could be a natural evolution of peripheral devices.