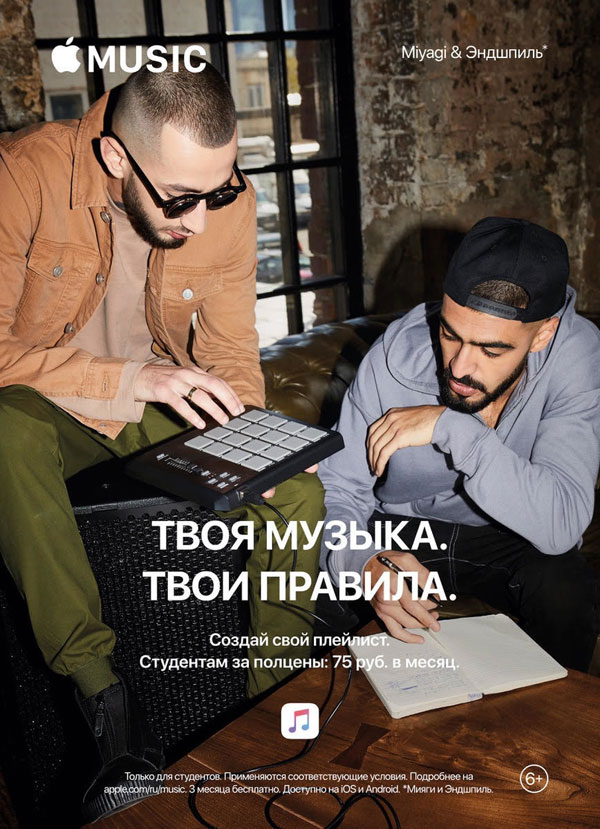 Apple has used several slogans: “Your music. Your rules”, “your wave”, “Your idols. Today. Tomorrow”, “Be yourself, no compromise”, “New music. Rising stars”, “Soundtrack to your applications”.

Posters will appear on social networks and on the banners when you connect to Wi-Fi in the Moscow metro, but in the offline — posters in Moscow and Saint-Petersburg. Previously, Apple has placed large-scale promotion of its products in Russia, but always it was a universal campaign created, including for other countries. 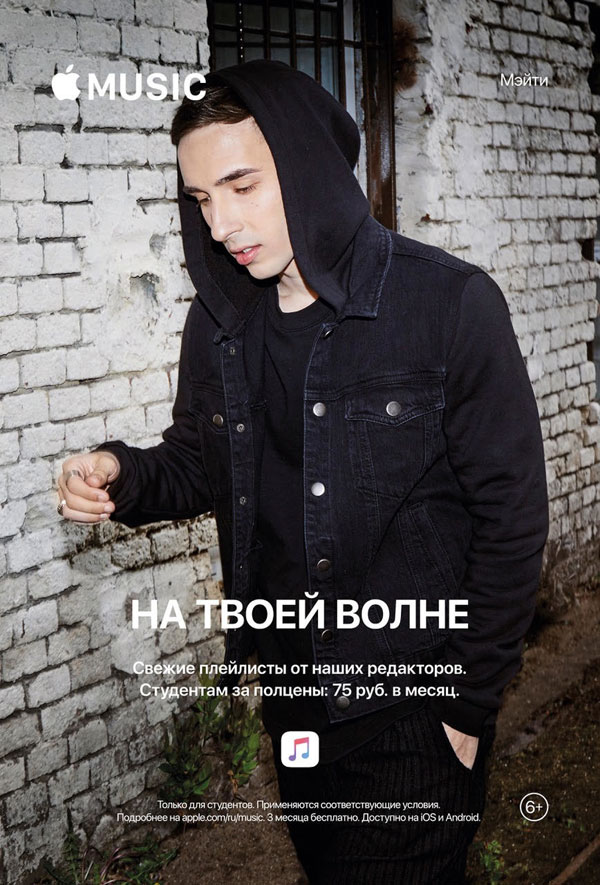 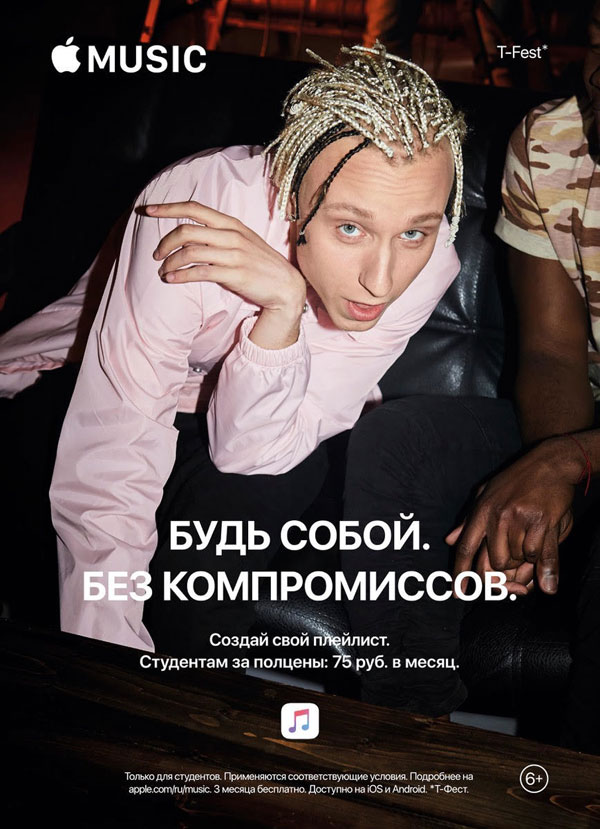 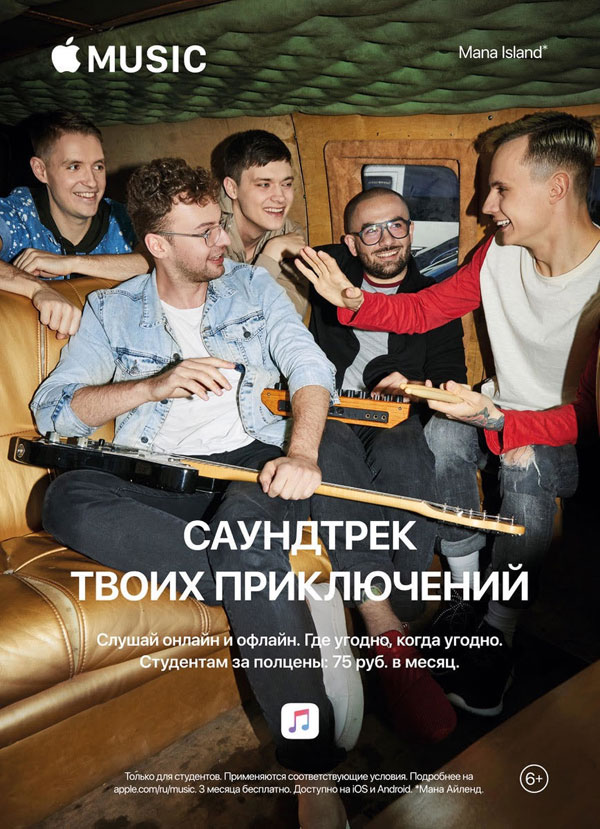 Advertising campaign aimed at promotion of “student” tariff Apple Music, which was launched in November of 2016. It costs 75 rubles per month instead of the usual 169 rubles.