Apple loses to Microsoft in a business segment

Apple has long been trying to break into the business with a Mac operating system, but their computers are obviously not suited for business and statistics confirms this. 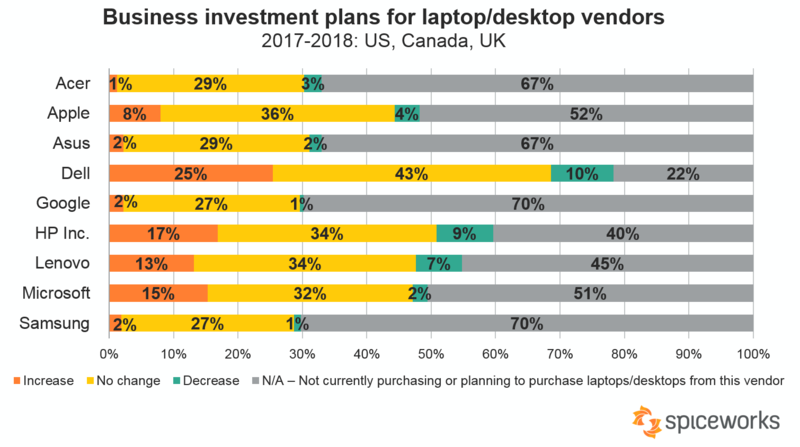 The company computers are used in business, and quite often, especially in the United States. Moreover, Apple has tried to come into this segment from a different angle, using iOS and iPads. Alas, Apple’s efforts were not successful.

According to the latest data SpiceWorks, an IT company is more interested in the purchase of a PC than to purchase a Mac. 15% of companies catechumens in the list, plan to buy the device from Microsoft and only 8% of companies consider to buy from Apple. What can we say about Dell, who grabbed 25% of the future business market, HP with 17% and Lenovo with 13%.

SpiceWorks conducted a study with the participation of thousands of IT companies in US, Canada and the UK. The report stated that at the moment in the offices of Dell in the lead. Their computers are used in 47% of the companies. Apple has a share of 4%, and Microsoft only 3%.