Owner of the shop used is not the certified display for iPhone repair. Apple tried to ban it, but it did not happen. 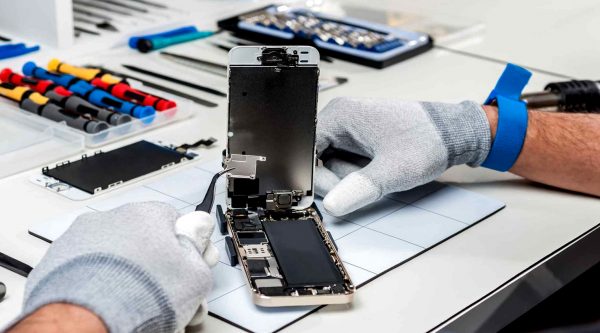 In 2017, Apple sent a letter to the Norwegian businessman Henryk Hasebe. The company demanded to immediately stop using non-certified displays for repair smartphones. This happened after the Norwegian customs officers intercepted a shipment of screens for the iPhone 6 and 6s, which was intended Hasebe.

Hasebe ordered displays in Hong Kong. This was the original screens, which took Hong Kong master of broken smartphones. Apple wanted Hasebe not only stopped using these displays, but also paid a fine of about $ 3,500 US, and also signed an agreement stating that he agrees not to manufacture, import, sell or otherwise “to deal with any products that violate trademarks of Apple”. The entrepreneur decided not to sign the agreement and forced Apple to sue him in court.

Apple had five attorneys who worked on the case Hasebe, reports MacRumors, but in the end Hasebe won. The court decided that Norwegian laws do not prohibit the owner to use displays that are a hundred percent compatible and identical to the iPhone, even if they are not certified by Apple.

They sent to my address all possible claims, told me about the laws and insisted that I signed the agreement. I had a good lawyer who understood the problem, spent a good study and correctly read the law.

Not all shops are willing to pay Apple, and to obey its rules in order to obtain the status of authorized service center. However, this is the only way to get genuine parts for repair. Apple can remotely disable some of the iPhone components that were not repaired at an authorized STS, even when using original spare parts.

Follow the news of the Apple in our Telegram channel (while you can), as well as in the app on iOS MacDigger.