As it turns out, Apple is the leader not only in terms of audience growth among streaming services, but also by the degree of customer satisfaction. This is evidenced by the results of recent research company J. D. Power and Associates in rankings which “Apple” giant with an enviable stability occupies the first place. 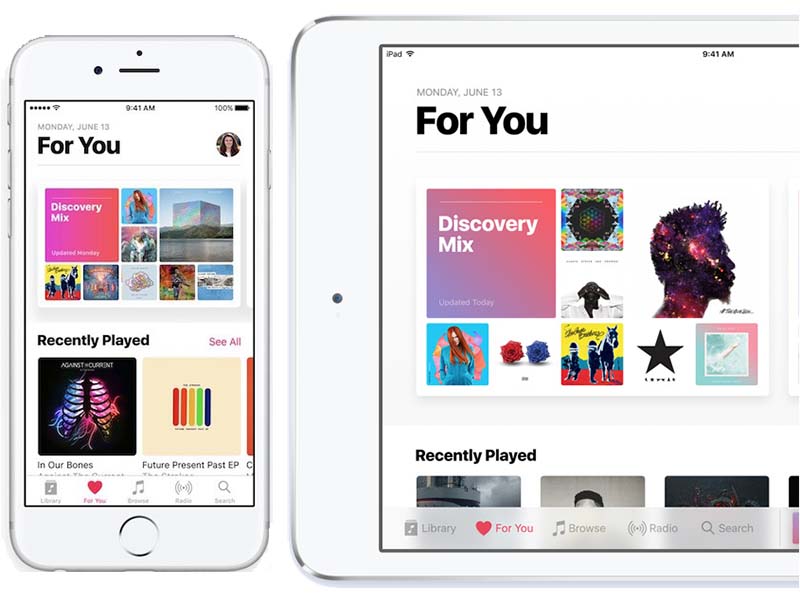 In the ranking of satisfaction of users of the music streaming services, compiled by J. D. Power, Apple Music confident leader with 834 points, while the main competitor Spotify is in fourth place with a score of 823 points. Second and third places are occupied by Rhapsody and Pandora with a score of 826 and 825 points respectively. The average level of satisfaction is 822. Music service Google was ranking to last place with a total of 818 points.

In order of importance key factors for subscribers of streaming services are performance and reliability, ease of use, cost, content, and social and technical support. 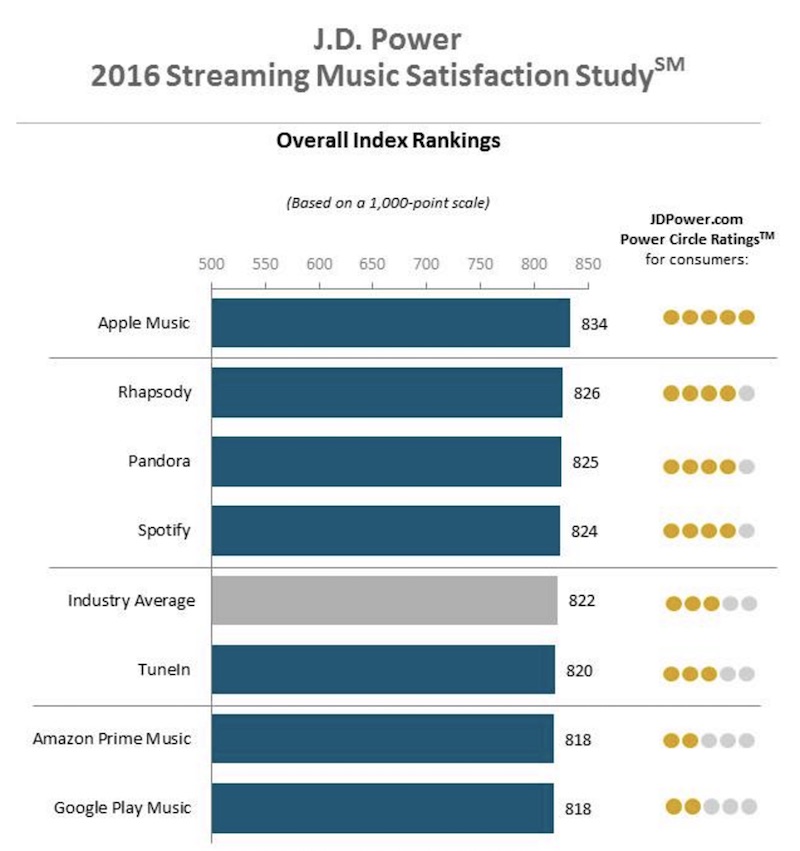 The main competitor of Apple Music Spotify remains, which by March 2016 was 30 million paid subscribers. From June 2015 until spring 2016, this figure rose to 10 million With the Spotify representatives have repeatedly complained about the restriction of competition by Apple. In June 2016, they said that the moderators of the App Store rejected the app update the company due to the fact that it promoted the payment methods that are not associated with the purchase of a subscription from inside the app, as to such payment, Apple gets 30% Commission.