According to the Financial Times, Apple Music has 56 million users. This is six million more than in may 2018. However, the growth rate of the service behind the nearest competitor.

Apple Music has overtaken Spotify in the USA — the largest music market for revenues. However, the world statistics shows that Spotify is growing faster than Apple. While Apple Music are 56 million people, Spotify has paid 87 million users and 191 million people who are using a free subscription. 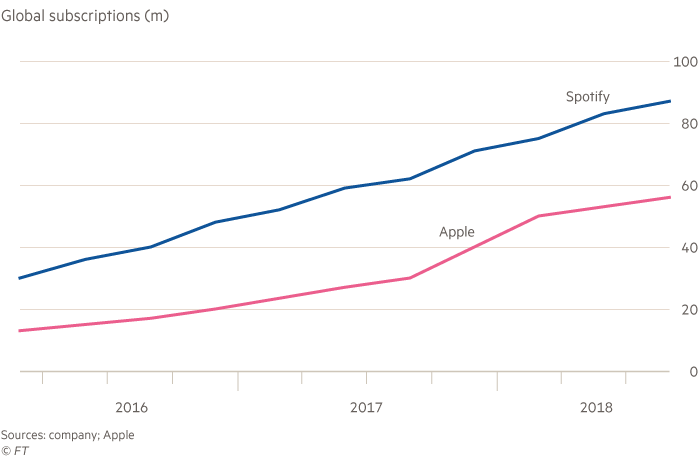 In the Financial Times noted that Apple Music shows amazing growth, considering that it is start in 2015. Spotify started working in 2008 and for 10 years has created a large audience. Over the past six months the number of paying users Spotify has increased by 12 million, and Apple Music — 6 million.

Analysts believe that Apple need to purchase some kind of service to increase the number of subscribers and reduce the gap with Spotify. Recently, it was reported that Apple may buy iHeartMedia is the largest radio networks in the United States. This transaction will help to transfer Beats 1 on traditional radio and attract new listeners.