Apple Music breaking records, but the founders of the service consider that this is not enough

In a recent interview with Billboard, one of the founders of Apple Music, Jimmy Iovine and DJ Zane Lowe spoke about the success of the service and its vision of the future of digital music. 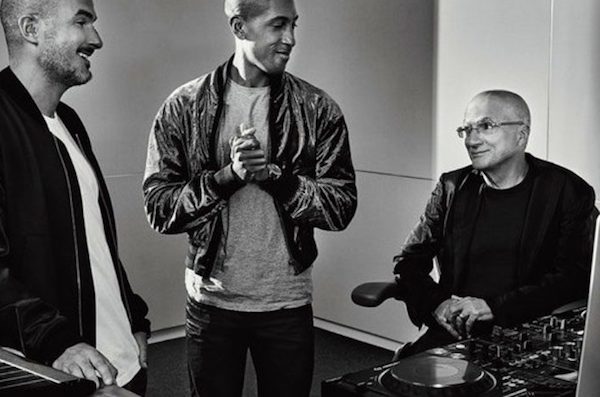 Audience Apple Music continues to grow. Recently, the streaming service Apple reached another record high of 30 million subscribers. However, the people behind the development of the project, I think that the work done is not enough.

“I believe that my team and Apple have reached a lot during this time, but it is still not enough. The fact that we are rapidly increasing the audience means nothing. Needs further development,” said Iovine.

According to Jimi, streaming services have become commonplace, and the challenge for Apple is to differentiate their products from the competition.

The company is trying to make the service “live” and put in his soul to convince people to pay $ 10 a month for Apple Music, instead of listening to music in free sources like YouTube.

DJ Beats radio 1 Zane Lowe also noted that the Apple product is more than just a streaming service. He finds it necessary to maintain in the work “life”, filling streaming services with additional content.

In conclusion, the two guests of Billboard said that don’t want Apple Music put on a par with YouTube and Spotify, as these services bring the musicians a little money and de-motivate them.

In the summer the number of regular subscribers to Apple Music has grown to 27 million people. The service continues to evolve and has recently received several new features. For example, a personal profile public playlists and deeper integration with Siri. In the Apple Watch Series 3 had the opportunity to listen to music via LTE.