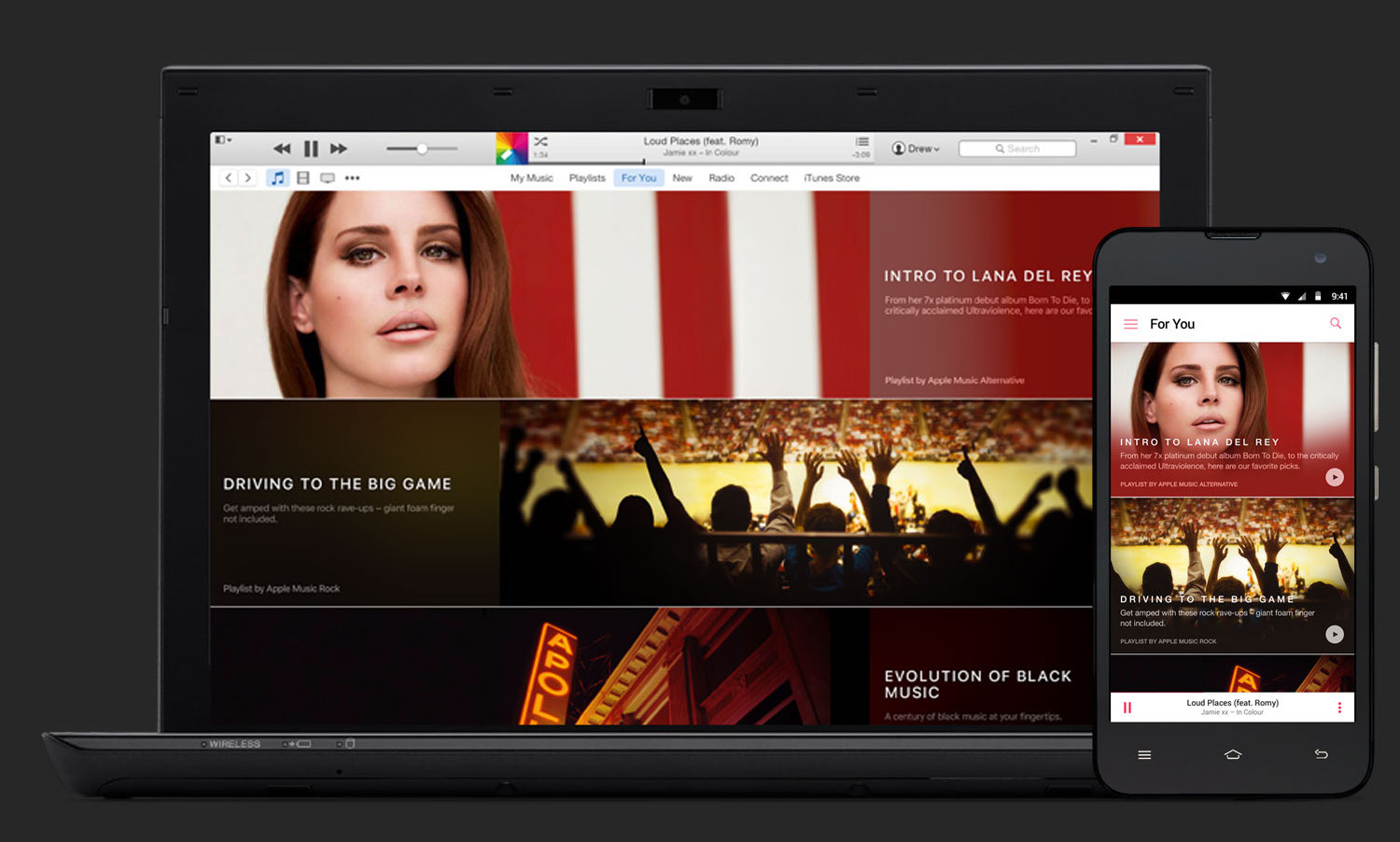 Like it or not, Android is the most popular mobile OS in the world, and despite the efforts of Apple to transplant the maximum number of users on the iOS platform, this fact can not be ignored. Furthermore, even dedicated fans of the iPhone and iPad sometimes did not dare to become subscribers of the music service, not available for different platforms. For this reason it was decided to create a version Apple Music for Android, which is now officially got rid of the beta.

Version 1.0.0 as a whole does not carry any new features, in addition to “improve EQ settings, performance, playback and stability.” However, the lack of registration of “beta” will have to have a certain psychological effect and to increase the degree of user confidence.

The update is free and available for devices on Android 4.3 and newer. Of course, like in the iOS version, most features require subscription. If you are a user of the device to the operating system from Google, download the app at this link.

It is noteworthy that the version of Apple Music for Android includes a number of features not yet available for iOS users, such as the ability to limit the cache you are listening to music in memory. Also, the owners of Android smartphones can install on your home screen interactive widget and save the downloaded music on SD card on iPhone and iPad for obvious reasons, impossible.